At the end of April, I received Meermin’s introduction of the introduction of this pair of horse hip boots. At that time, I was very interested. This kind of gameplay of the hip hips is not like a hip hip. Very nice to me. The combination of these two points is not just 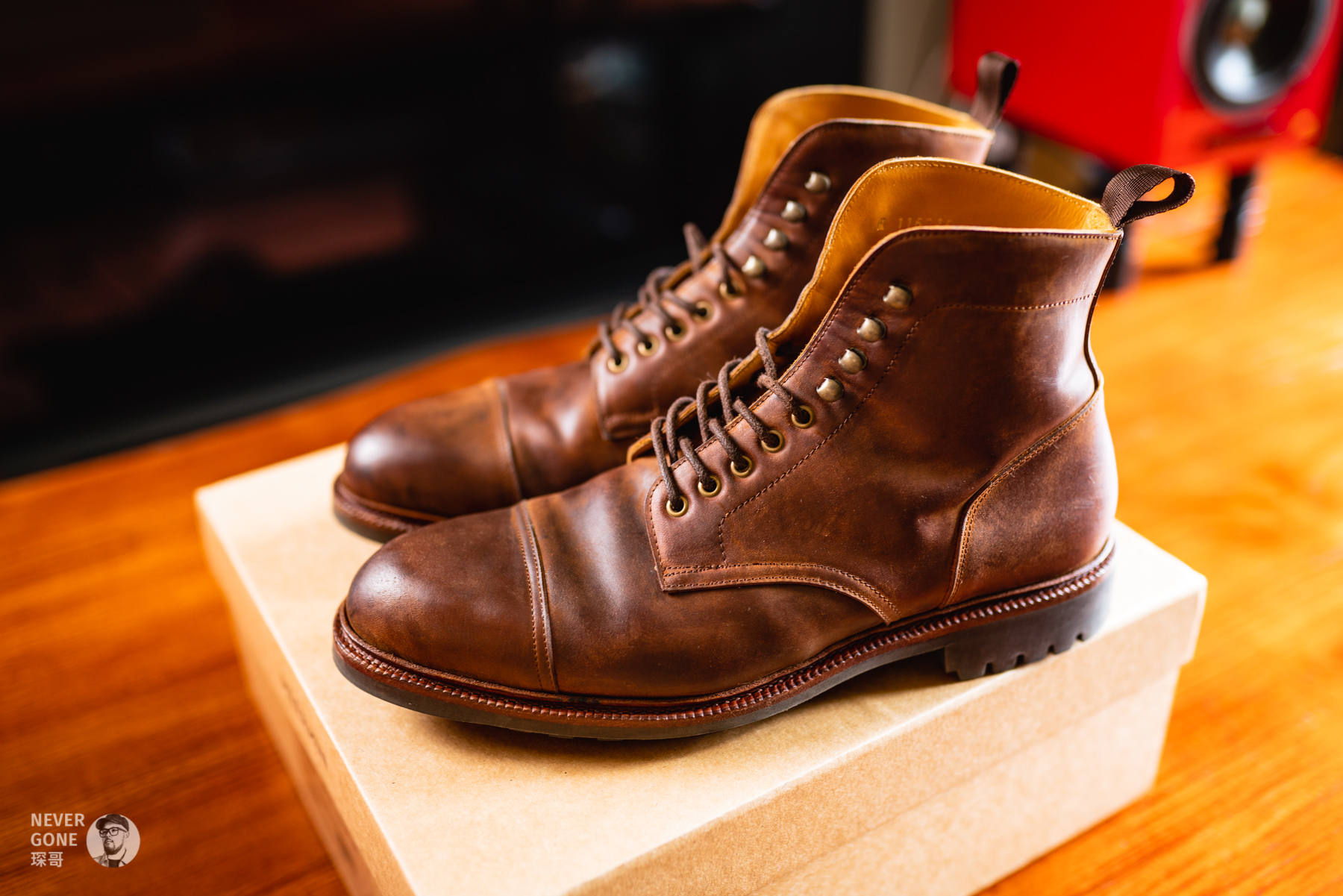 After waiting for more than a month, I finally arrived at the time of June ten. At that time

) You can get horse hip skin boots, and it feels very fragrant as a whole. 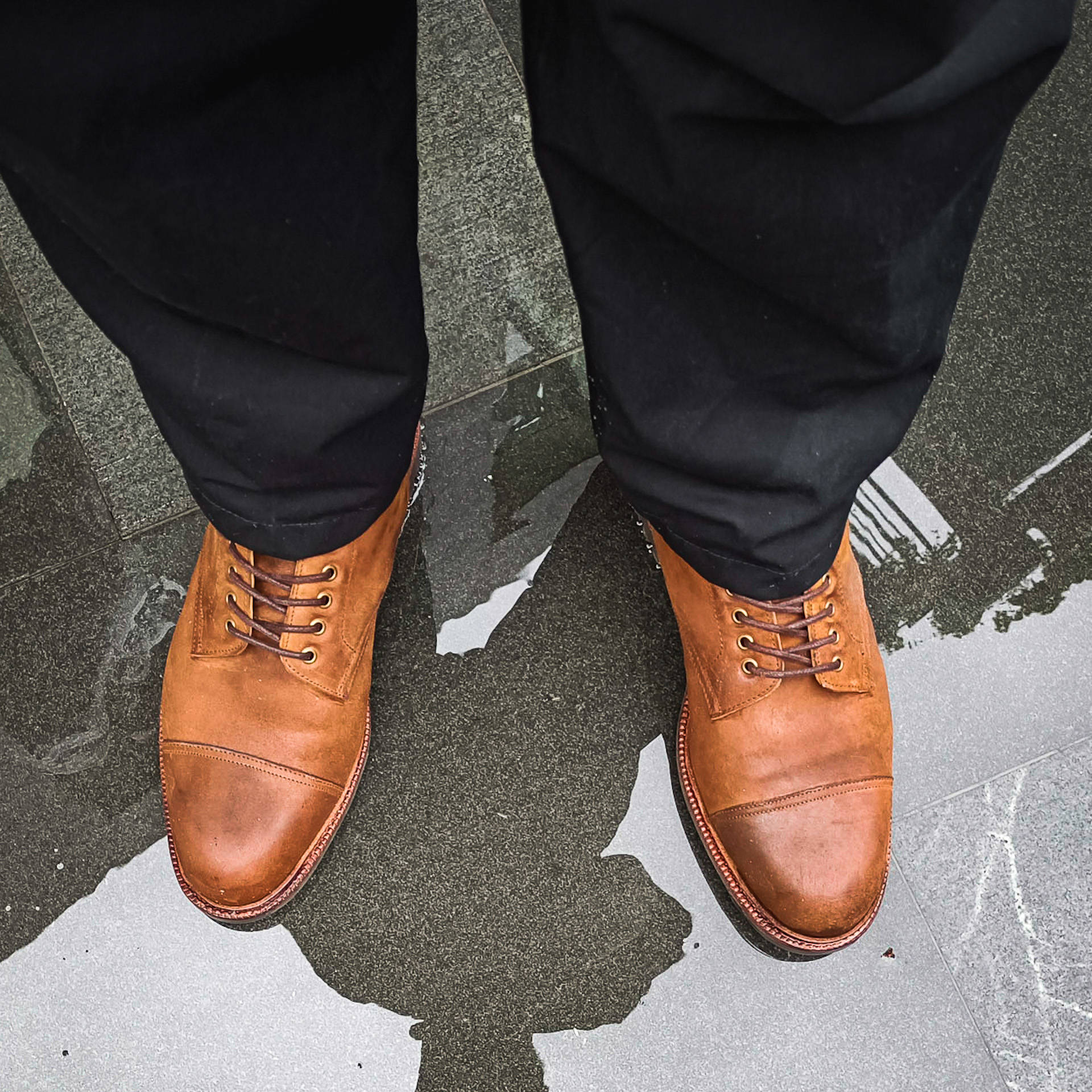 However, in order to test the old effect, I did not post an article immediately when I got it. Instead, I worn it calmly and patiently for two months. It was not written slowly until August, so this article was posted today. About the introduction of the Meermin brand, size, how to buy or what is the linkage: 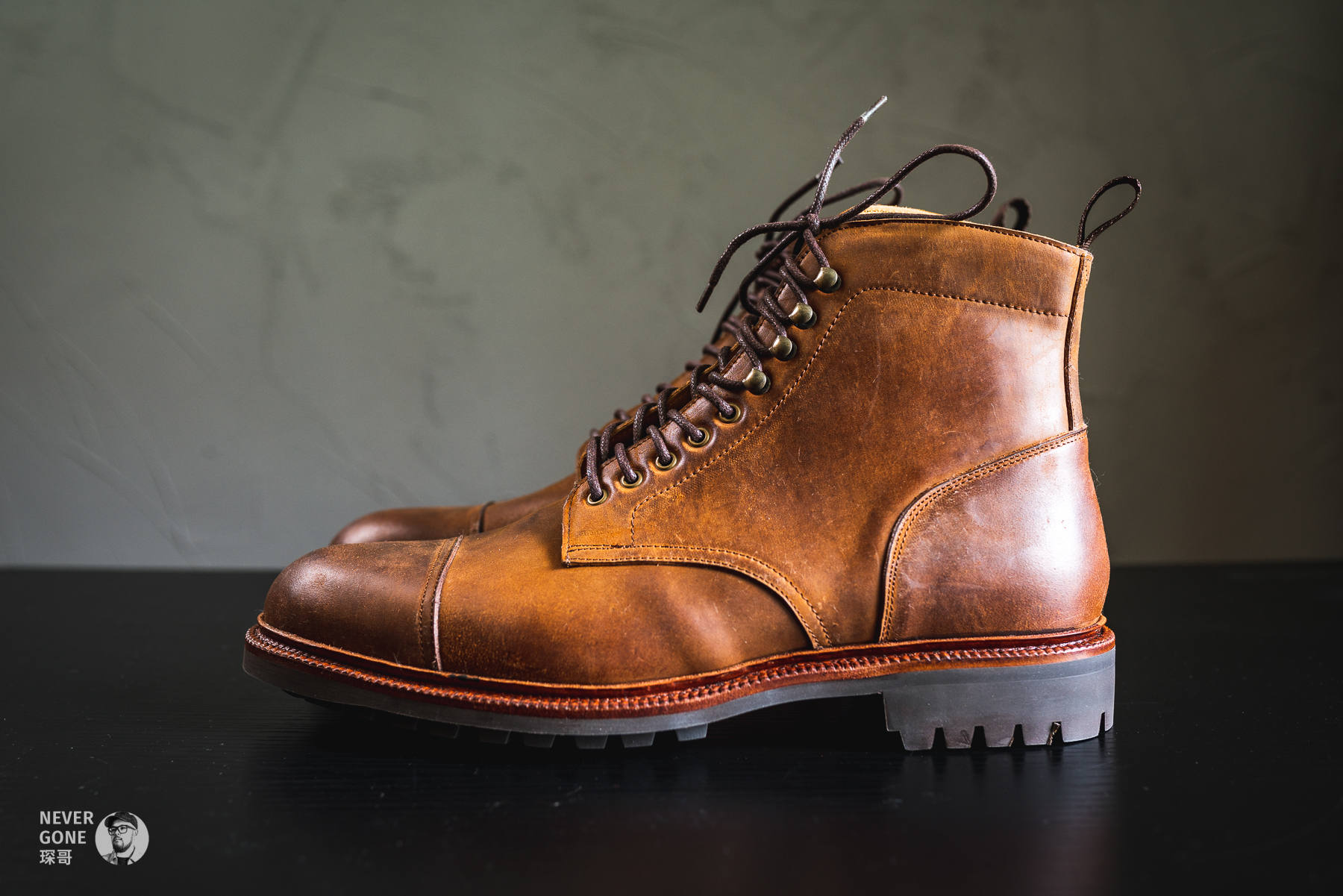 Let’s take a shot at that time

Various information on the side of the box:

The item number 116210, the leather material is WAXY hip hips, tobacco (TOBACCO), a pyramid ROD, the sole is the Commando rubber outsole.

Take it directly, this color is equipped with a dog tooth rubber outsole, and then with a large -scale toe, the overall feeling is the rough workmanship ~ Meermin, a brand that focuses on cost -effective shoes, occasionally cross -border to make a countryside The rough style is really fun to use boots 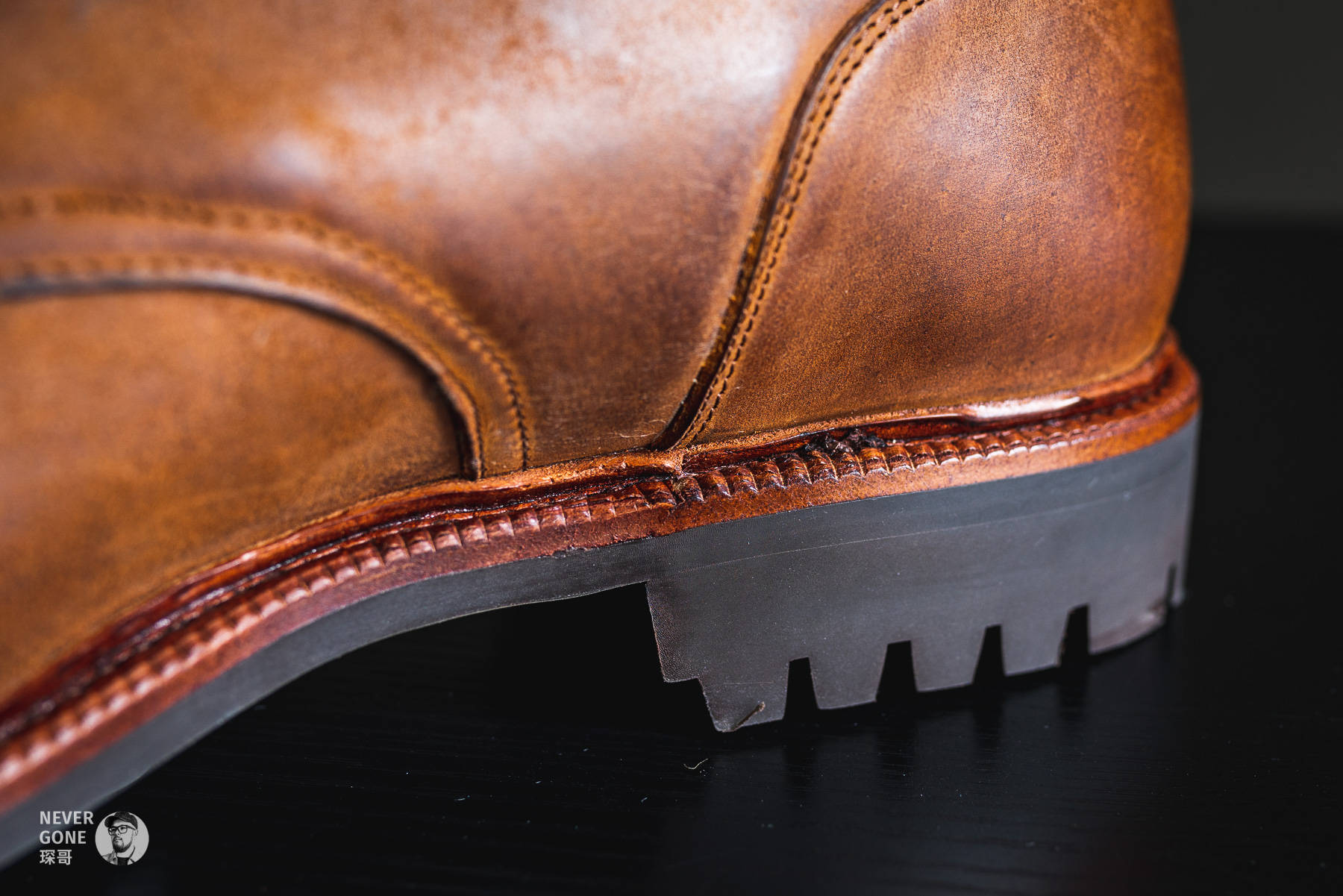 The following focuses on writing leather materials, which is the biggest feature of these boots:

This leather, Meermin said that it was exclusively made by a small family leather factory in the United States, but what was the name of the leather factory? Bar. 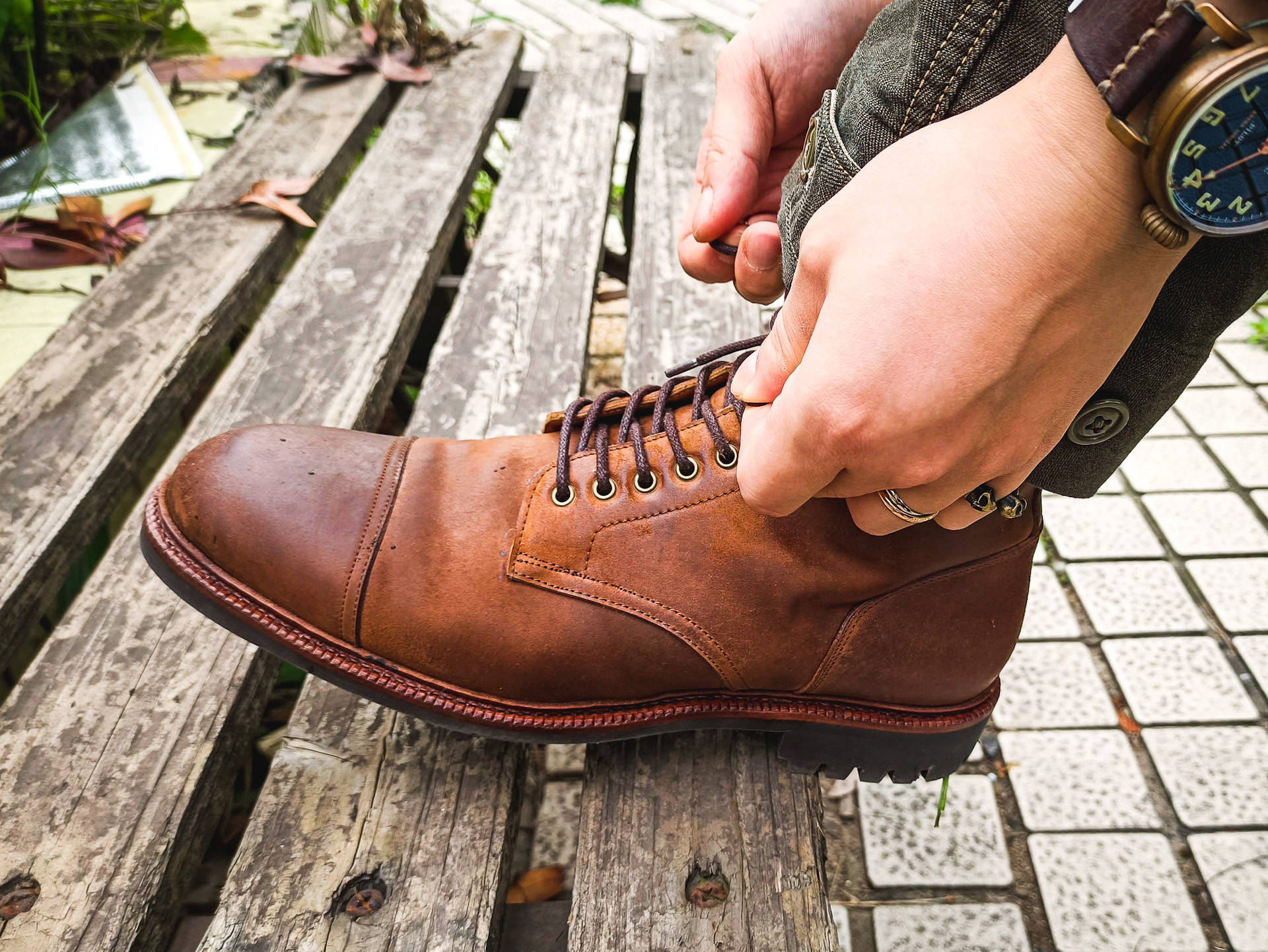 This horse hip is directly vegetable tanned, which is consistent with the manufacturers of Horween and ROCADO, retaining the fiber density of the hip hip skin, and the unique structure of the middle layer, that is, the Cordovan layer. However, this mysterious hip hips did not polish the Cordovan layer after the tanning was completed, and there was no pressure or polishing in the follow -up. , Touch it, it is also a clear sense of waxing 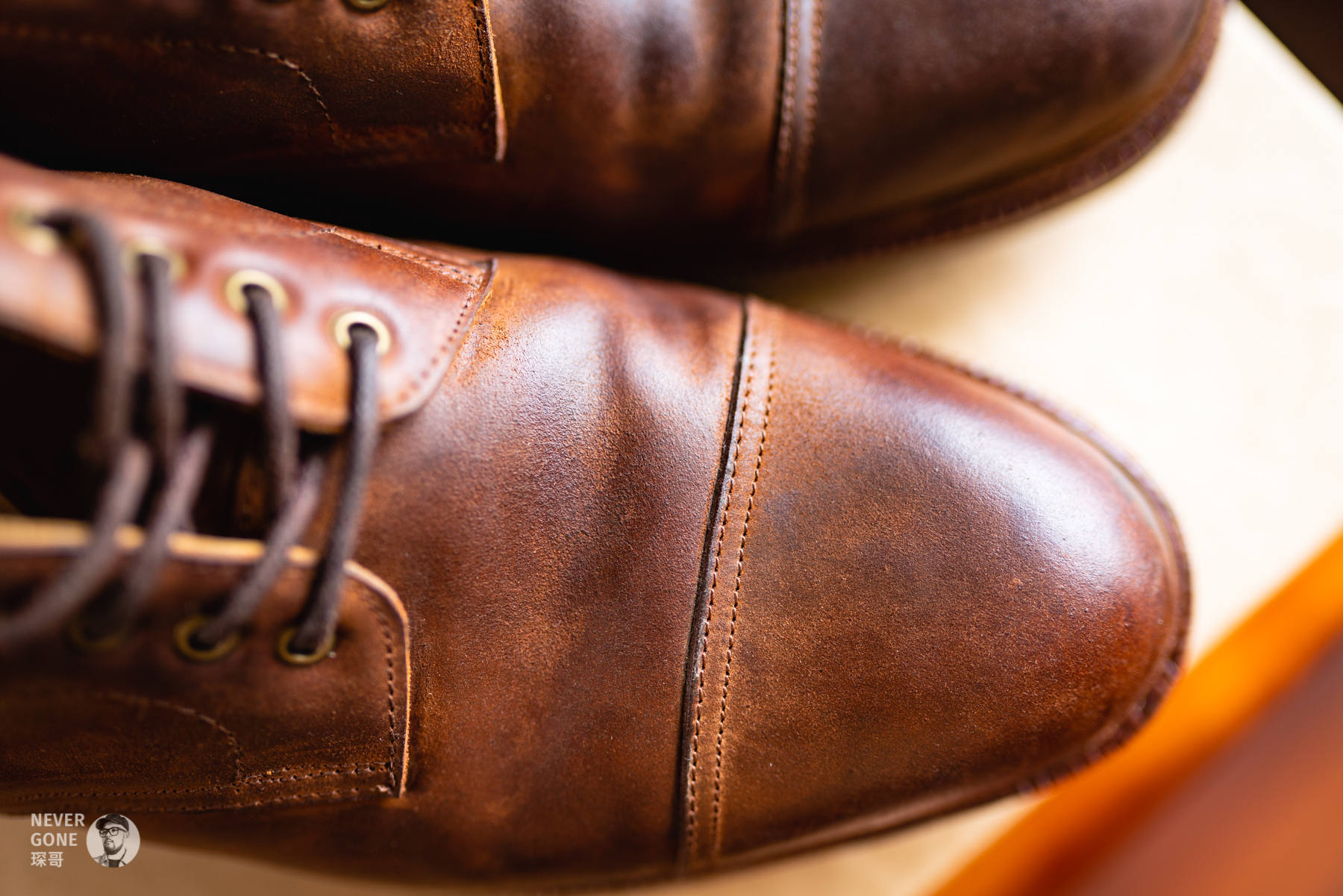 In addition, the skin difference between the mysterious hip hips is quite large, and not all places are obviously rolling. The pairs in my hands are obvious, and some parts are not obvious, so they look light.

I think this is a disadvantage, especially for consumers who do not understand this skin and are more picky, they may think this is a quality problem. According to universal cognition, horse hip skin should be the one that looks smooth and gloss. 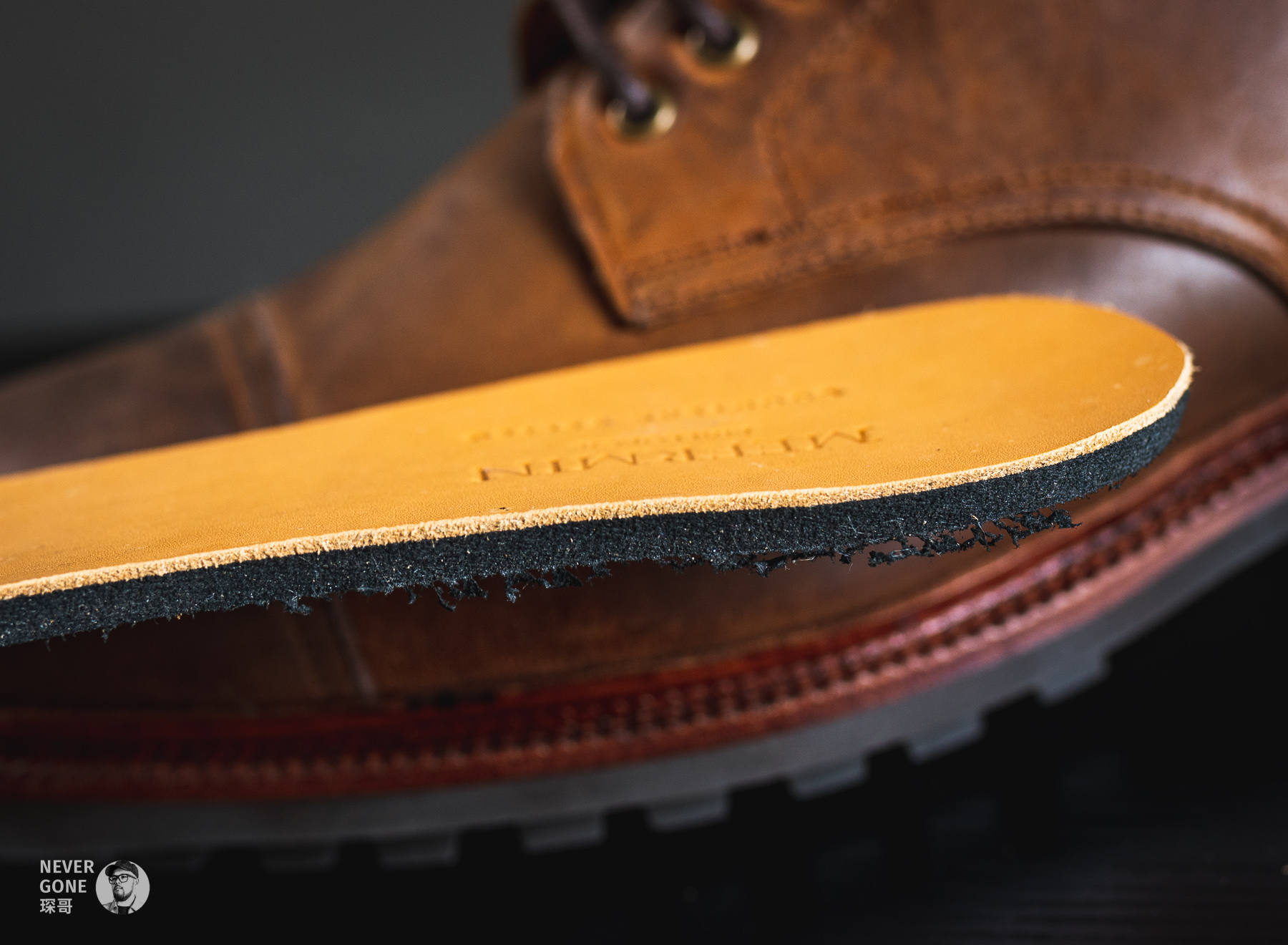 Since the appearance of these shoes, I have often been regarded as oil wax leather in the group. Essence Essence But from the fiber structure, and the subsequent old manifestation, this is indeed the characteristics of horse hips.

In addition, these boots have subverted my previous cognition. Before

I wrote: The hippot skin is polished from the flip surface of the Cordovan layer. Therefore, the front of the hip hip boots is actually the flip surface of the leather, and the opposite side is the leather surface. But some parts of these boots are used for horse hips. For example, the back of the tongue of the two shoe, one is just flipping and the one is the grain, indicating that the tongue of the flip is used, but the appearance and other parts of the shoe tongue are not different. Effect. 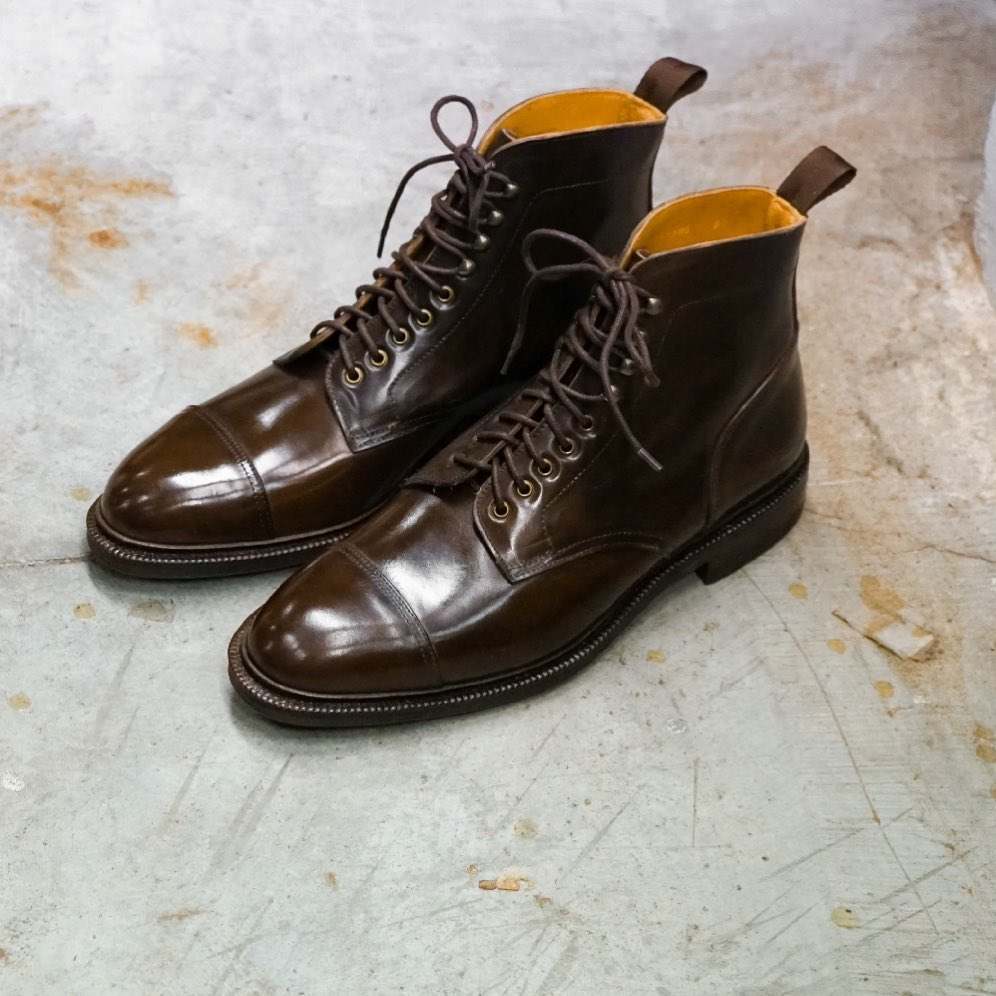 So I was puzzled, can I use the noodles? Then I asked people in the industry, and he changed to Hallwin’s leather experts several times. The answer was really available on both sides. Specifically, the old employees of the construction plant need to judge which side is easier to cut and polish into a mirror. In the final finished product, most of them use the flip surface, only a small amount of grain surface.

Let ’s talk about workmanship. There is nothing wrong with big problems, but there are more faults than those darkened green Kudu before, such as some places along the strips are blackened

There is no problem with outer rays 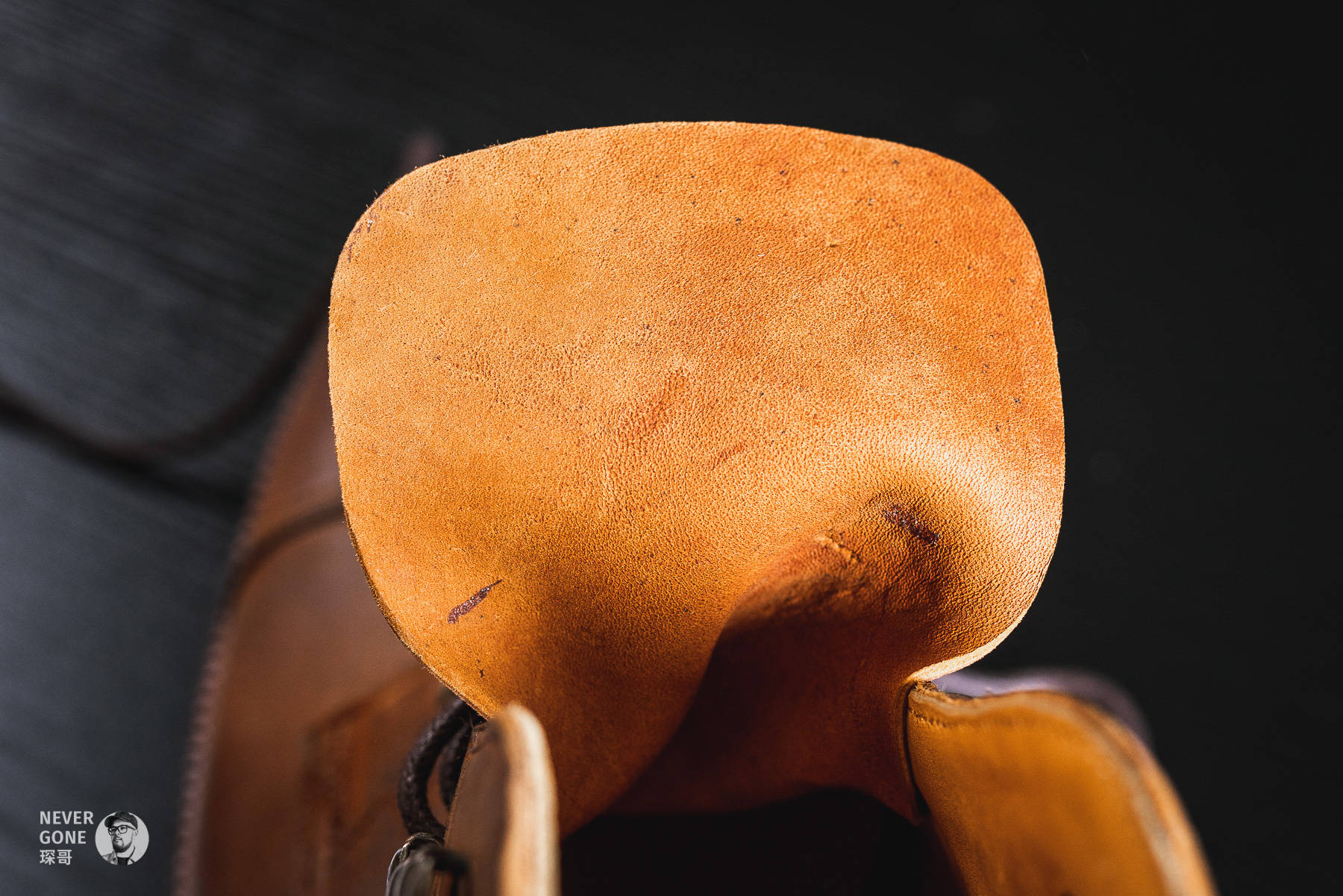 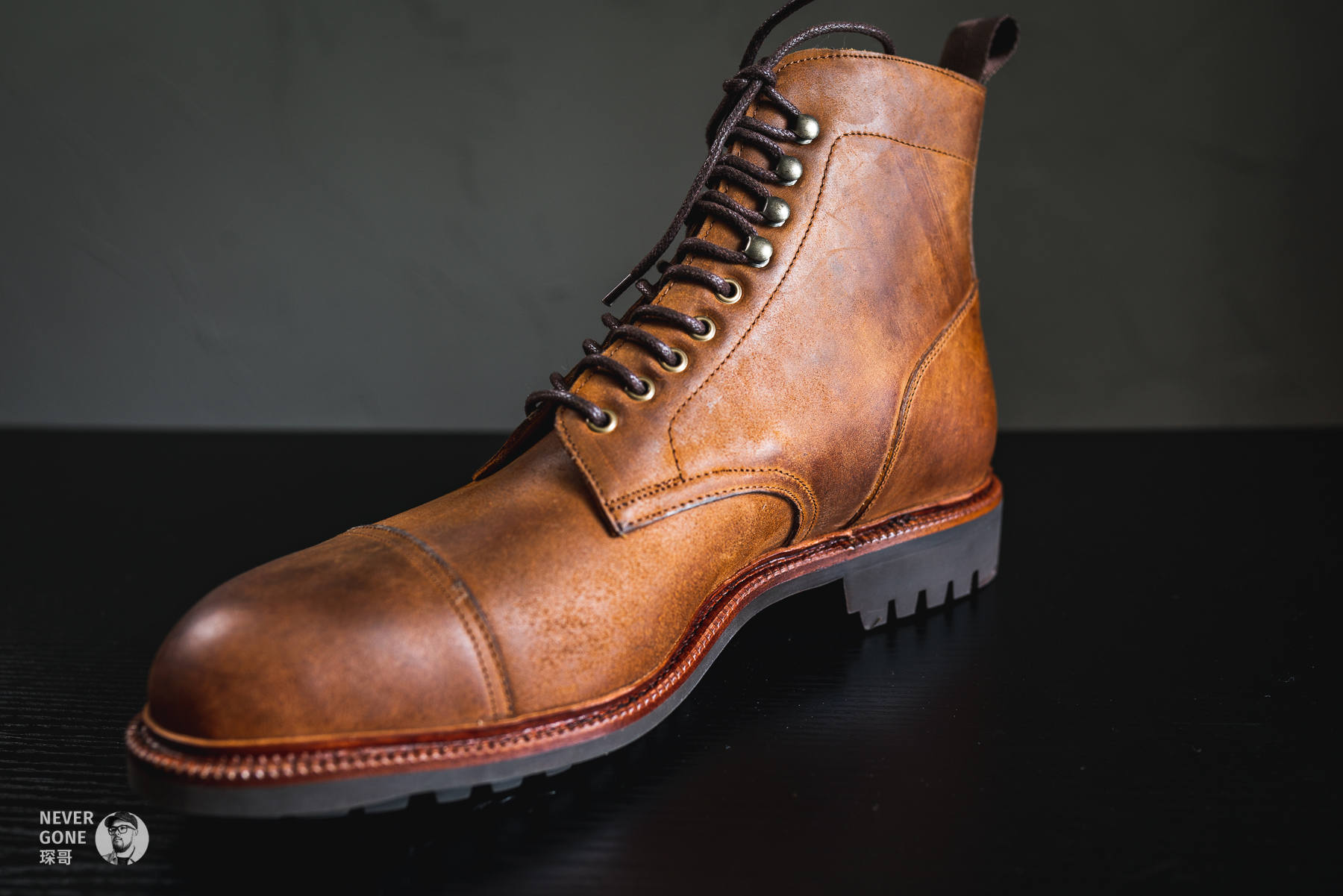 The whole leather lining must be praised. This kind of high shoes that are priced in Meermin generally use DU PUY’s vegetable tannal calfskin, which is the French leather factory acquired by Hermes. This skin is used in the lining, it is very conscience ~

On the inside, it still marks the manufacture of Shanghai

On the whole, the workmanship is still that level, and it is obviously disadvantaged compared to the expensive formal shoes, but it is very advantageous in the field of workshoe.

Let ’s talk about the source of the soft ejection feet: Ultraflex process 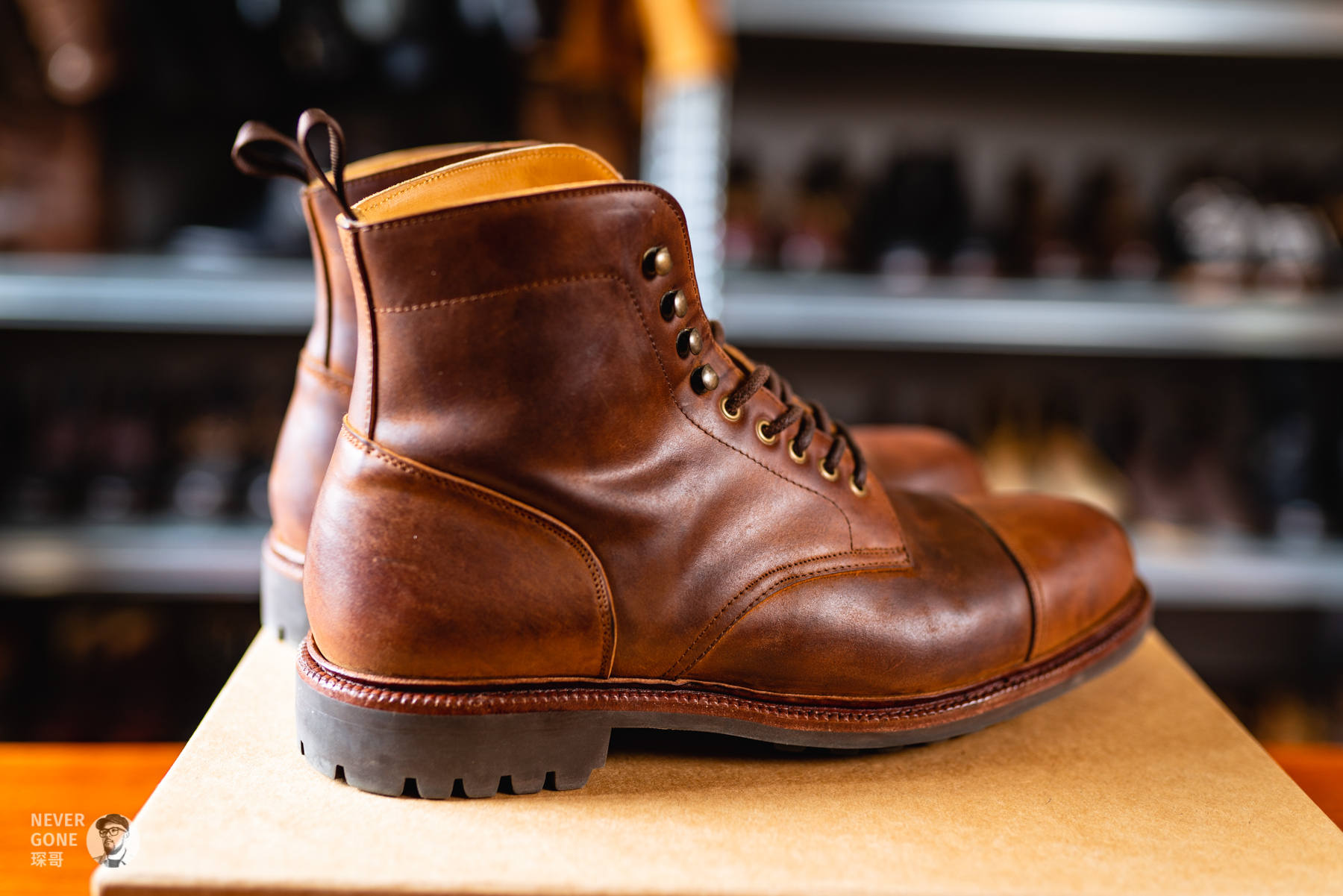 It mainly has two parts to play. The first is to work hard on the filling materials. The midsole uses rubber sponge filling, which increases the elasticity. The following is the structural diagram. , Replaced with rubber sponge 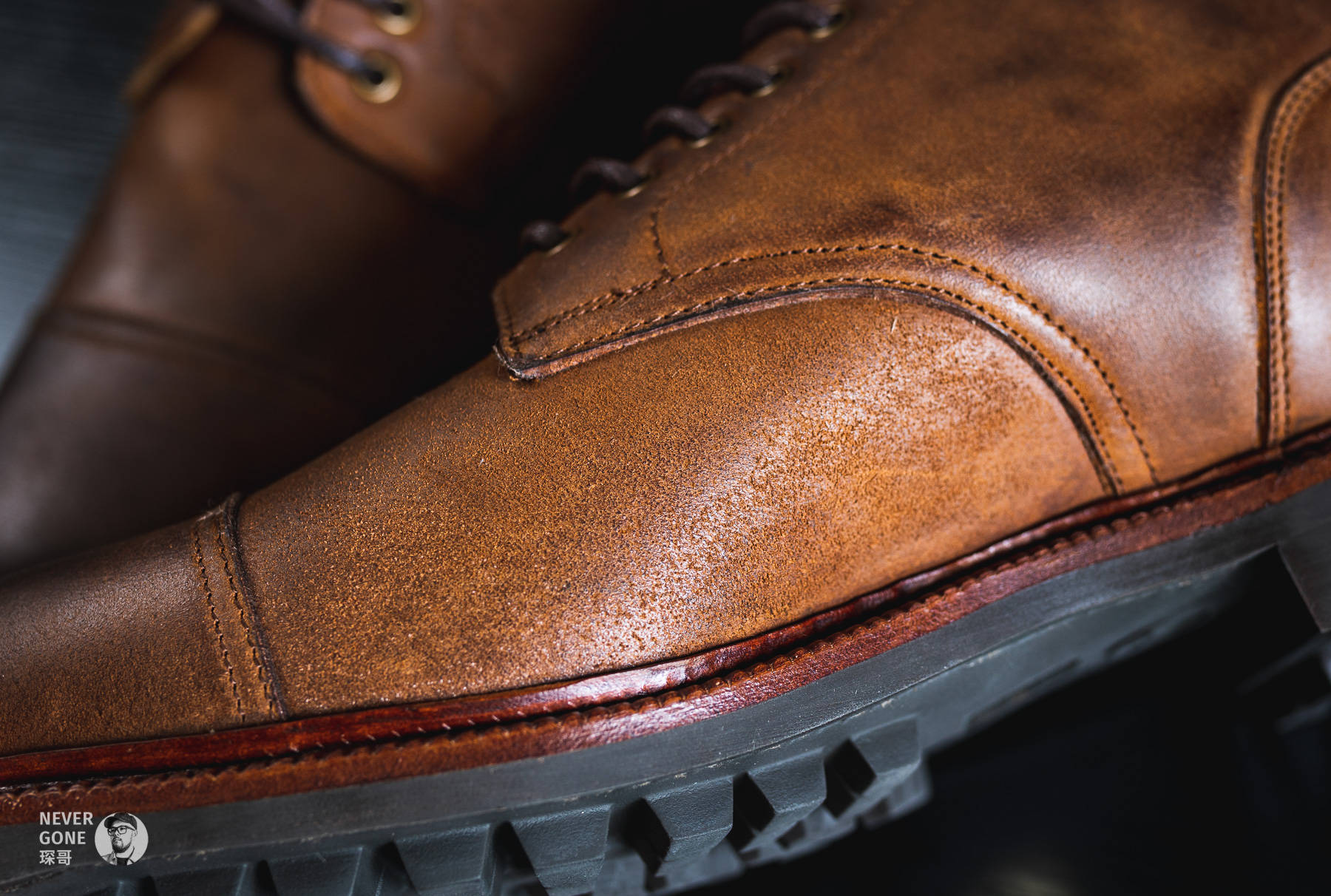 The second is to work hard on the insole. The EVA leather insole is used. The EVA part of the insole is 5mm. The buffer performance is definitely more obvious than the normal insole.

In fact, as long as any boots are replaced with shock -absorbing buffer insoles, the feet will have a significant improvement (after all, these boots do not bring their own insoles, and the default is relatively hard), but the problem is that the internal space of such a shoe will become smaller. So it will press the instep. But if you buy the boots 1 yard, the length ratio is not right.

Meermin’s solution is to make the shoe tadpole thicker during development, so that the room of the insole is reserved, so it will not be so crowded after the insole. Buy big 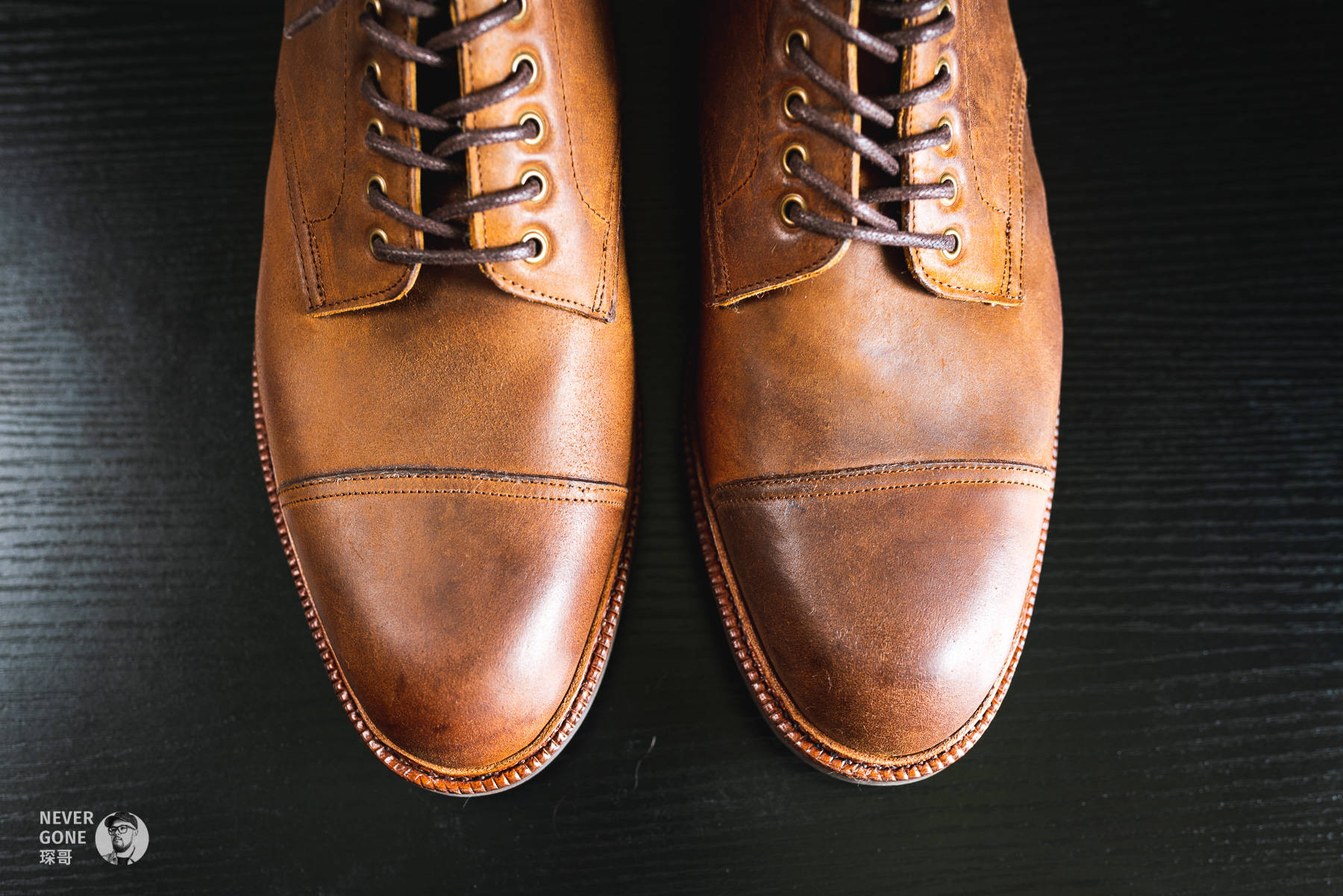 The combination of the above two parts creates a soft bomb feet. In addition, this horse hip is thinner and softer than Holvin, so the overall foot feels great, very easy to wear ~

Leather, workmanship, and craftsmanship are finished, and finally set a few angles

The following is naturally a live beast ~

Wear the same way in rainy days, and use everything to use ~ 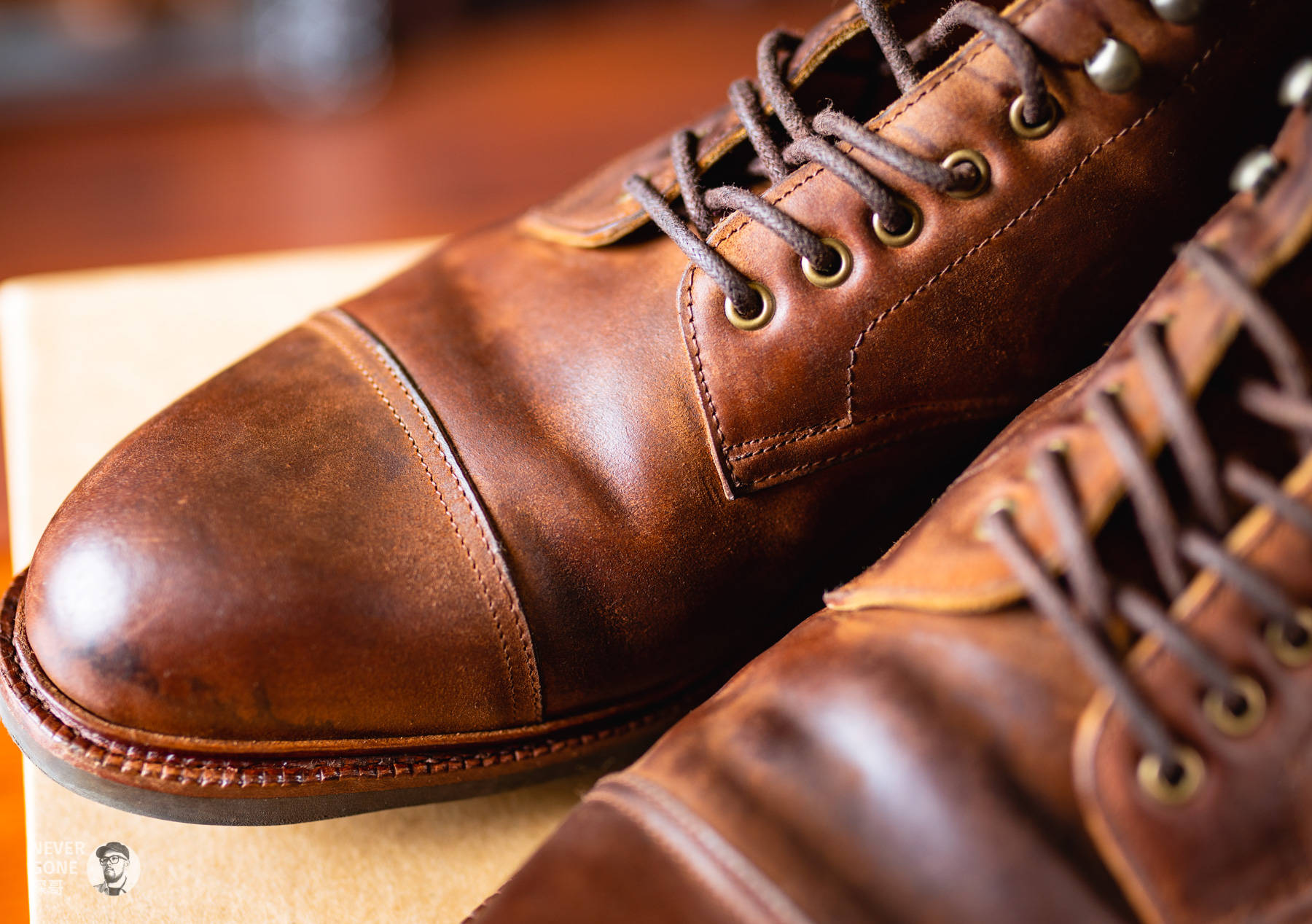 This oil wax horse hip fixed type is relatively fast. It has been worn about 14 times. You can see that the main stamping places have been shaped. 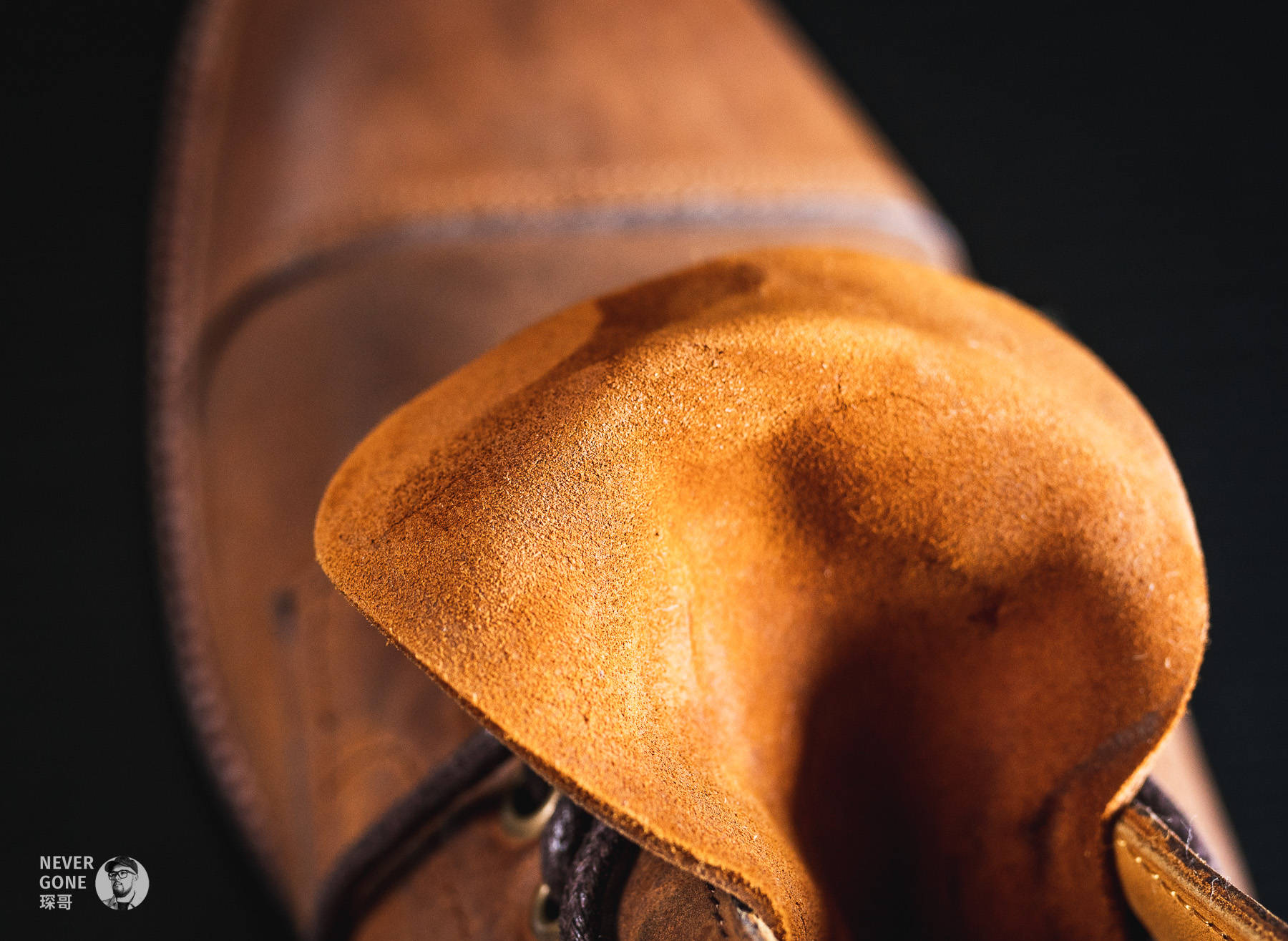 I also tried the effect of the oil, and wiped it with the Shafiya hip hip reno, and the color was significantly darker. Personally prefer the color. 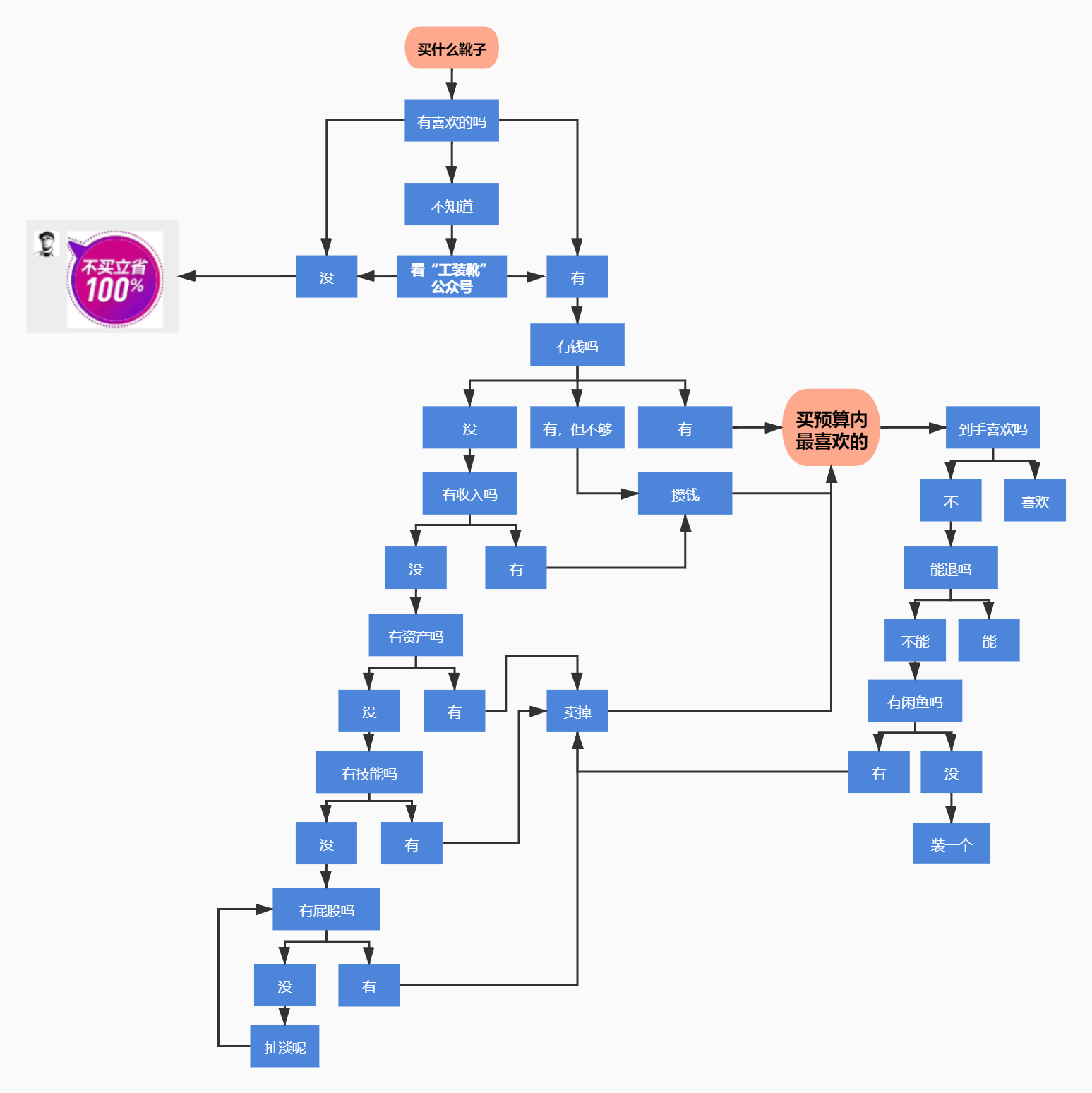 I generally don’t pay special attention to wearing shoes. After all, it is a pair of work boots, so it is in the wind in the wind. You can see that there are obvious water stains near the toe, and I am too lazy to deal with it.

Because this mysterious hip hip does not polish the Cordovan layer, if it is worn enough, daily wear will expose the Cordovan inside. After a little wax polishing, you should get the light effect of the hip hips, which increases the playability. If we really put on the hair into light in the later period, it also has a sense of accomplishment. 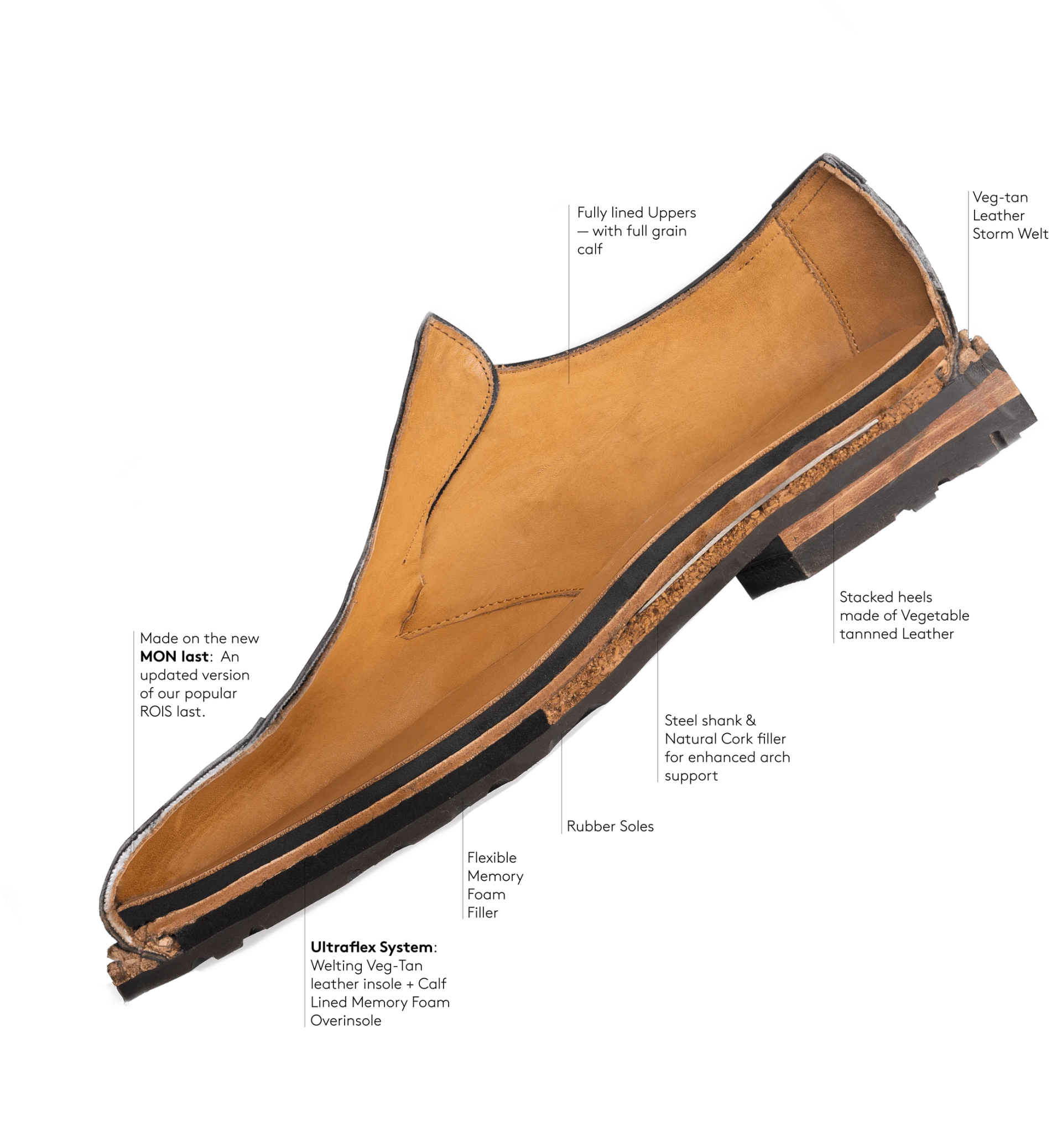 More than 2000 brings a new wear experience of the ship, and it is still hip hips. This pair of cost -effectiveness is indeed high enough. But the characteristics of this flip oil wax are not acceptable.

In fact, as long as a product is special enough, the user base will definitely be polarized, like the fierce blow, and the hateness of the darkness, which is understandable ~

However, in addition to turning the hair model, Meermin also launched a light model, which also uses the mysterious hip hips in the United States, but it looks like the traditional horse hips, and the price is consistent with the turnover. This is a very price butcher, and the previous price of the hip hips was hit by the previous price.

To sum up the advantages and disadvantages 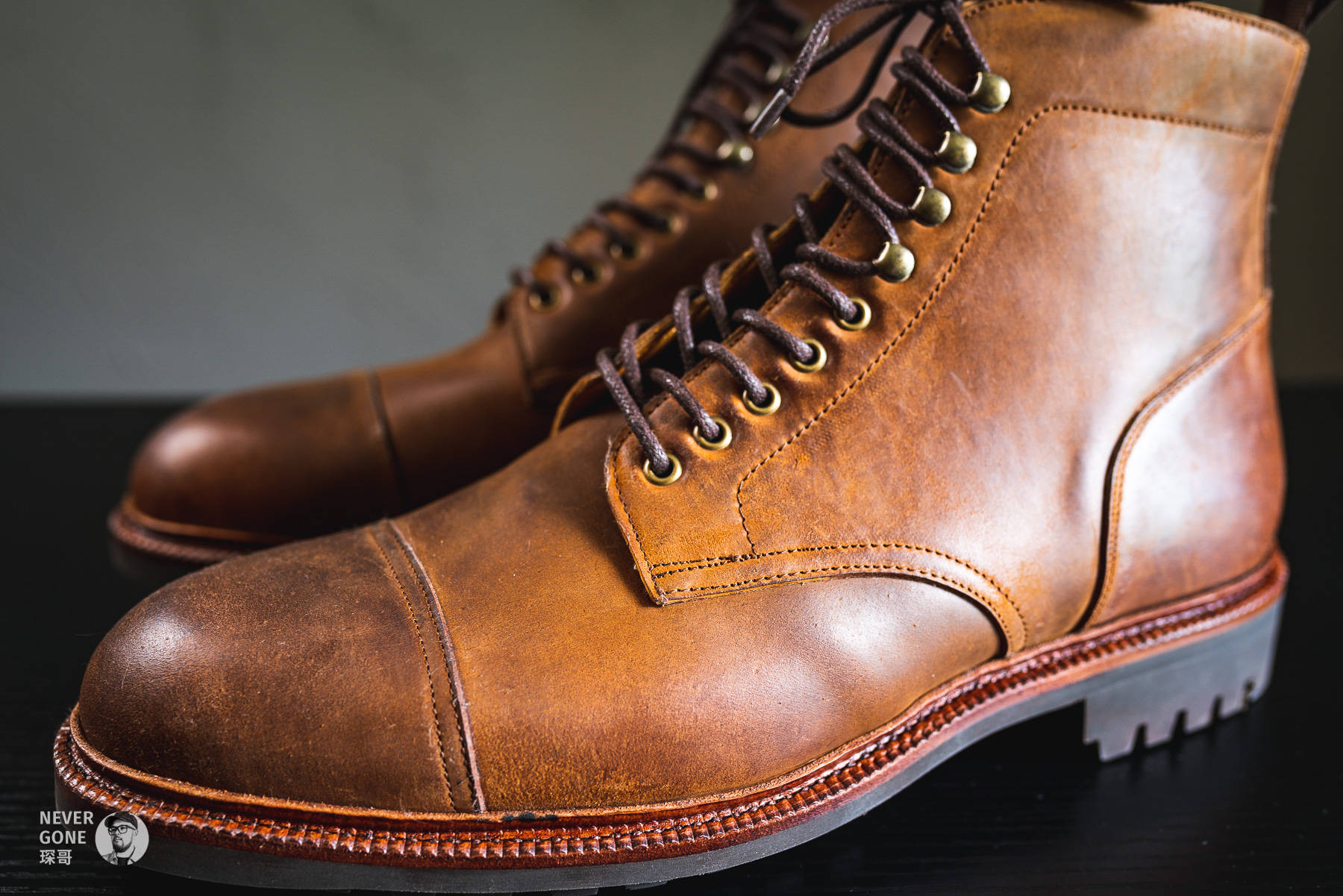 2 The newly wearing experience like a sneakers, and it is very low -key, making people see that you are wearing horse hips, which is more Versailles ~

1 Different shoes and different status, the degree of hair flipping is different, it will give the character control the unstable feeling

2 The self -insole is thicker, which will significantly reduce the space of the forefoot and instep. It is precisely the two points that are the most sensitive to the wearing experience. I saw a few fans who bought it and feedback the insole. I guess it was because although I reserved the space for the insole when I made a cricket, this insole was a bit too thick. I also feel a bit overwhelmed. At present, I removed the thin insole, and when I wear too much, I change the softened insole. This should be the most appropriate.

3 Commando’s dog’s bottom is thicker and rough, and the feet feel is not too soft. If you can use the city bottom, it will be perfect

Finally, the attached buying shoes should not be less, but this Meermin supports 14 days back. Essence Essence