There are many fire trucks in the Lego city group, and the age of these fire trucks is different from the function. Today we look at a fire truck, but it is not those in Lego City, and a alloy model car: ATLAS’s Volvo B11 fire truck.

The prototype of this fire truck is Volvo’s B11 fire truck, which is developed based on Volvo -based mid -size truck LV180/190 and LV290. Its nickname is a long nose. The source of this name is naturally the shape of its front. Although the prototype is a medium -sized truck, it uses a strong heavy chassis. In addition to fire trucks, LV290 has also been transformed into special vehicles such as snowprolane vehicles. The development of fire trucks is actually based on the Volvo B10/B11 bus. 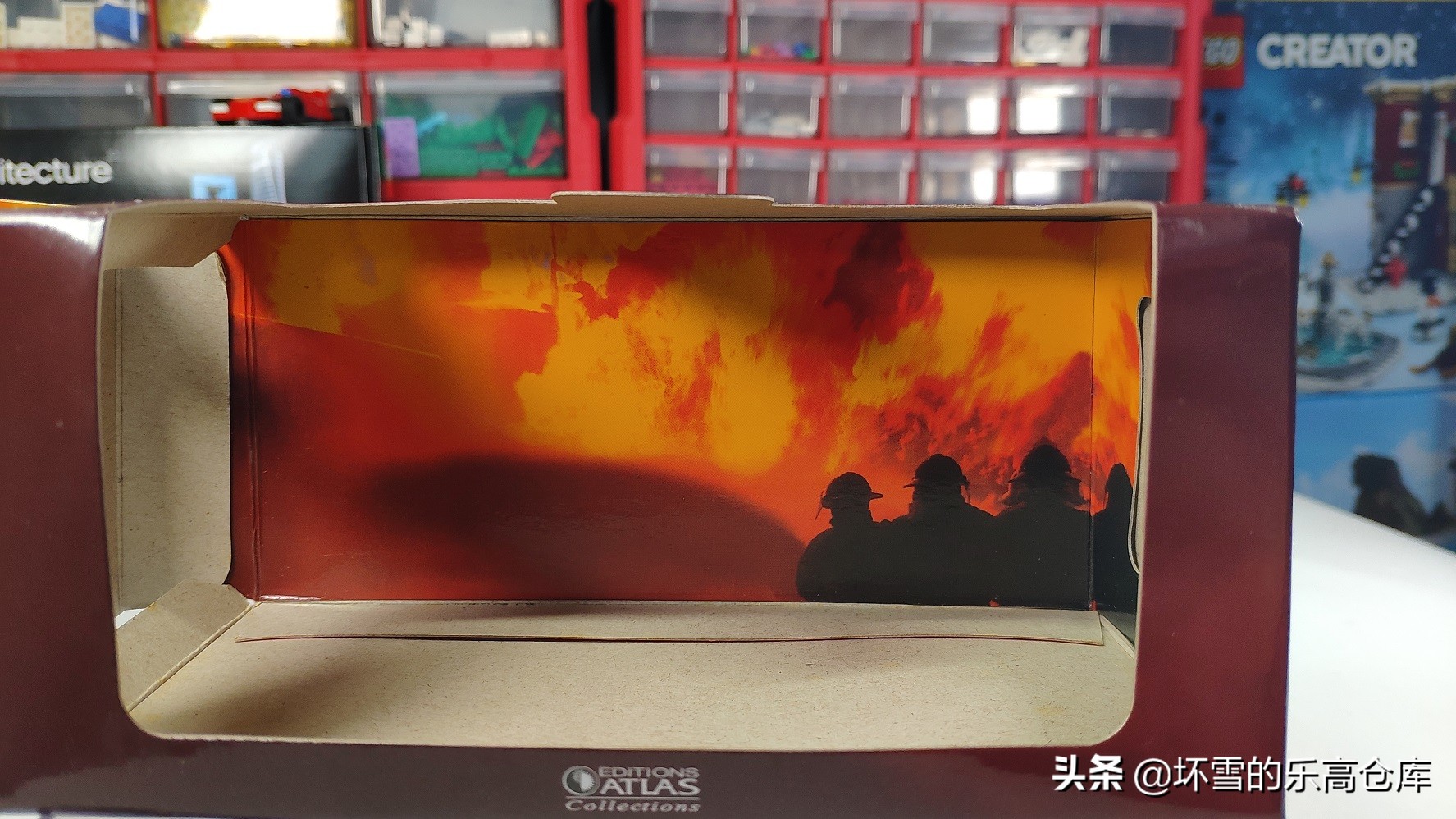 The production of Volvo B11 fire trucks from 1937 to 1943 was the age when World War II swept the world. It is equipped with a Volvo FV 16OHV engine with a displacement of 4.4 liters. I believe many people will be unfamiliar with this classic long nose fire truck.

This box model has a transparent window packaging box, so that you can see the real car model at a glance. Although many model toys are pursuing the effects and results on the packaging pictures, I think it is more direct to use such transparent packaging: directly see the finished product, not what you see, or what you get!

The back of the box is blank, no, it should be a bright red. Only Atlas Collections’s logo is in the middle. 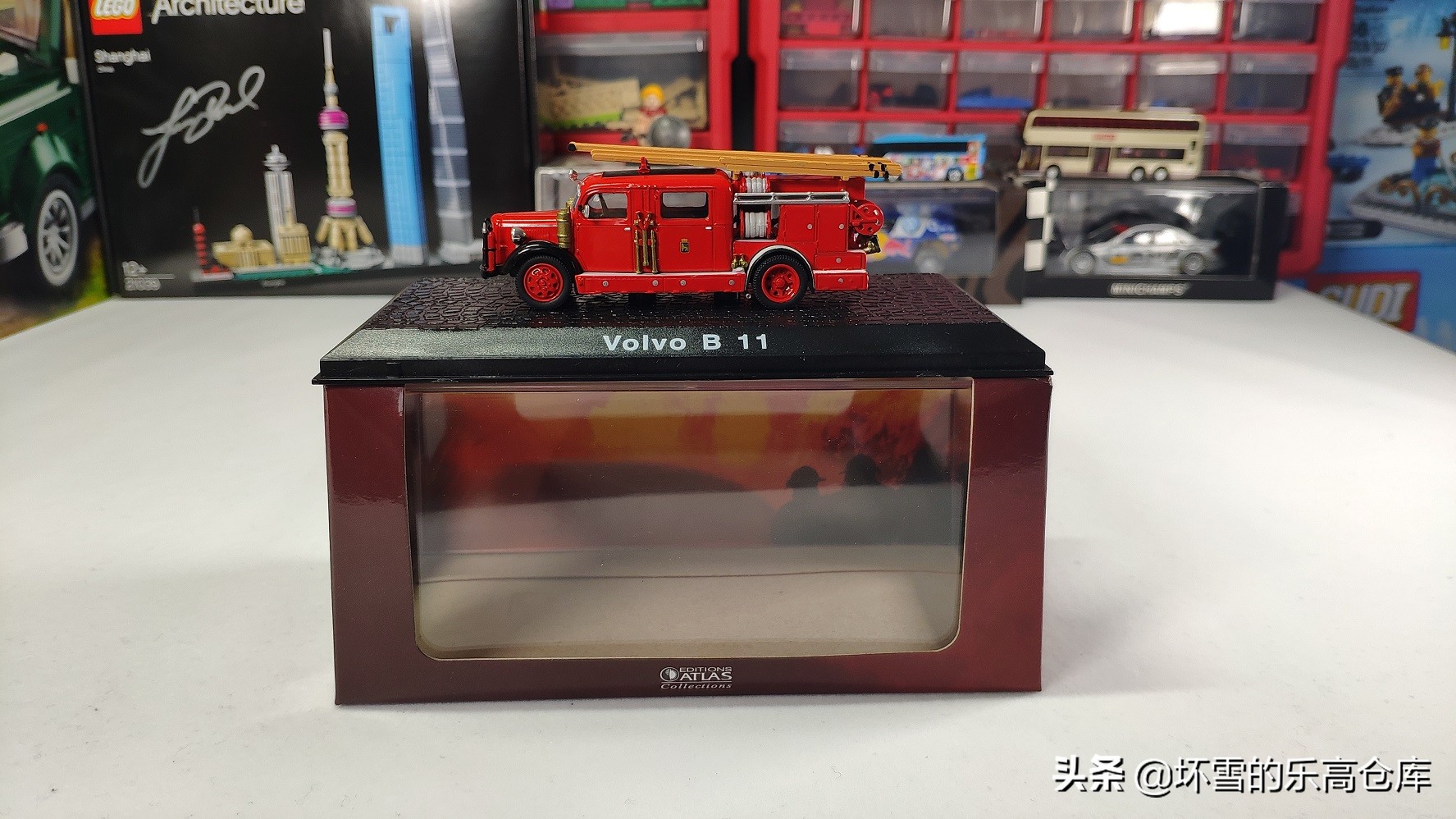 The bottom of the box prints the warning of adult models in 13 Mandarin in English, Fa, and Italy. As a model of European models, these 13 languages ​​are the language of European countries and have no Chinese. 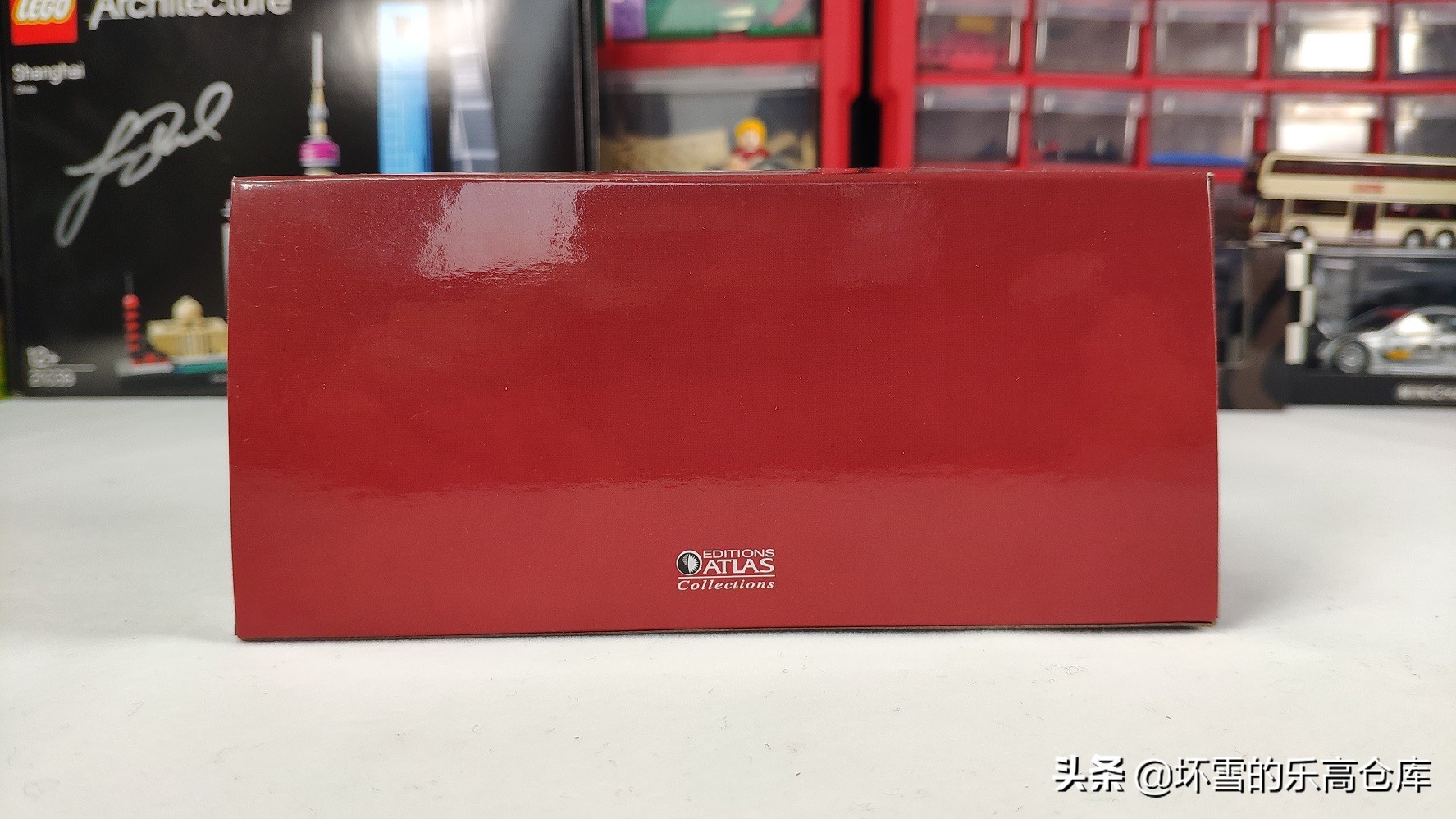 Inside the box is car model, base and acrylic display cover. 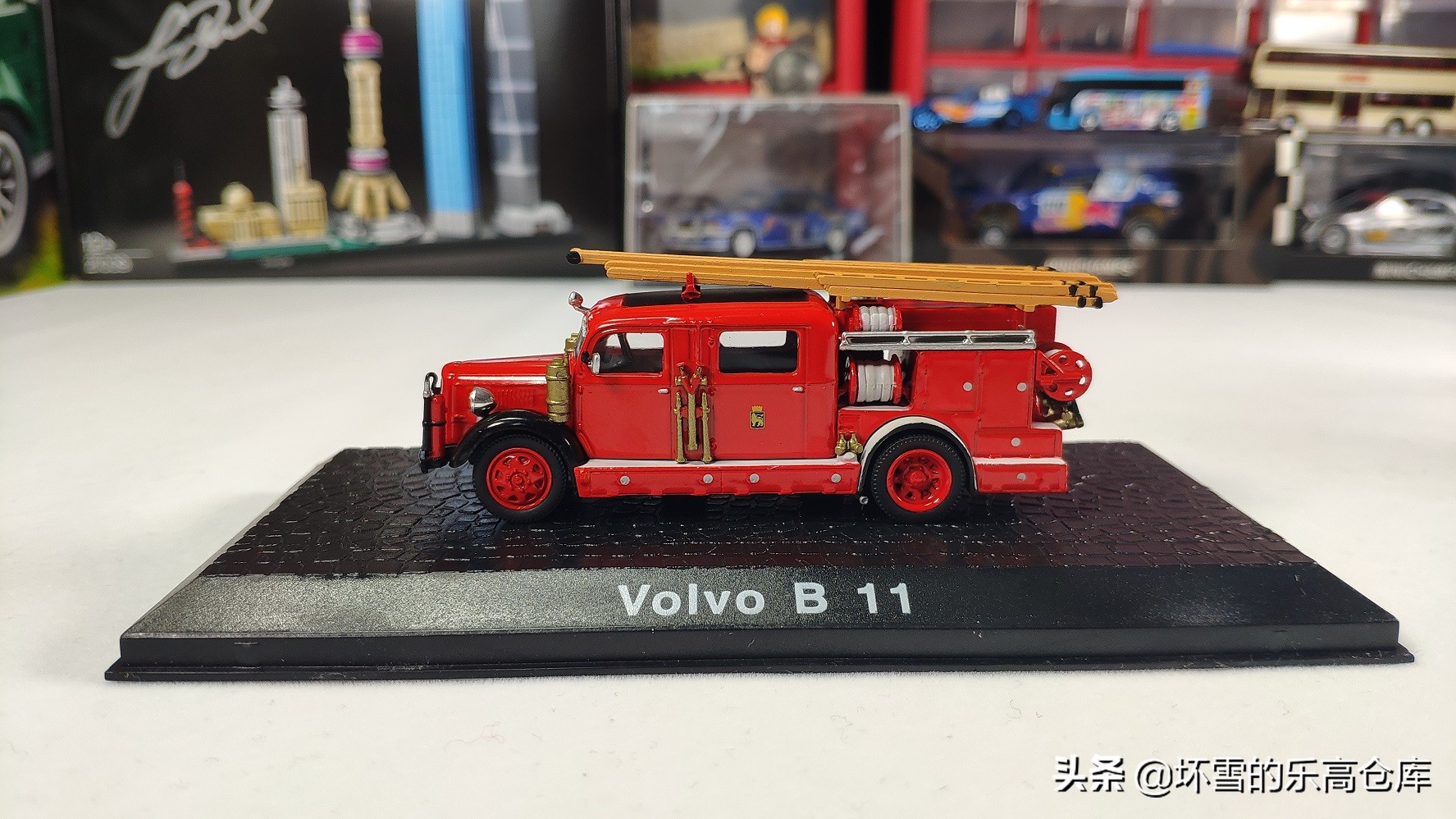 After taking out the car mold, you can clearly see the scene of the fire field rescue inside the box. I didn’t notice this detail before the car model was taken out.

Take out the fire truck, a strong sense of age coming. I believe that after many people see this fire truck, the words “classic car” will not stop jumping into their minds.

In terms of color matching, this ATLAS car model is almost exactly the same as the real car. The whole body is mainly red, and some metal pipes on the body spray dark gold. The water pipe in the rear was coated with white, and the water pipe rolled up. If you look closely, you will find that the manufacturer has also made the shaped shape of the water pipe underwater.

Due to the age, this fire truck will naturally have high -tech institutions such as automatic cloud ladders. On the roof, there are only some short and short wooden ladders. At the fire site, these ladders can be further spliced ​​as needed.

Observe from the front of the car, the Volvo fire truck is very restored. Looking closely, the logo of Volvo on the front grille was also made. But due to the proportion problem, the logo only makes the appearance of the appearance, but there is no detail presentation. 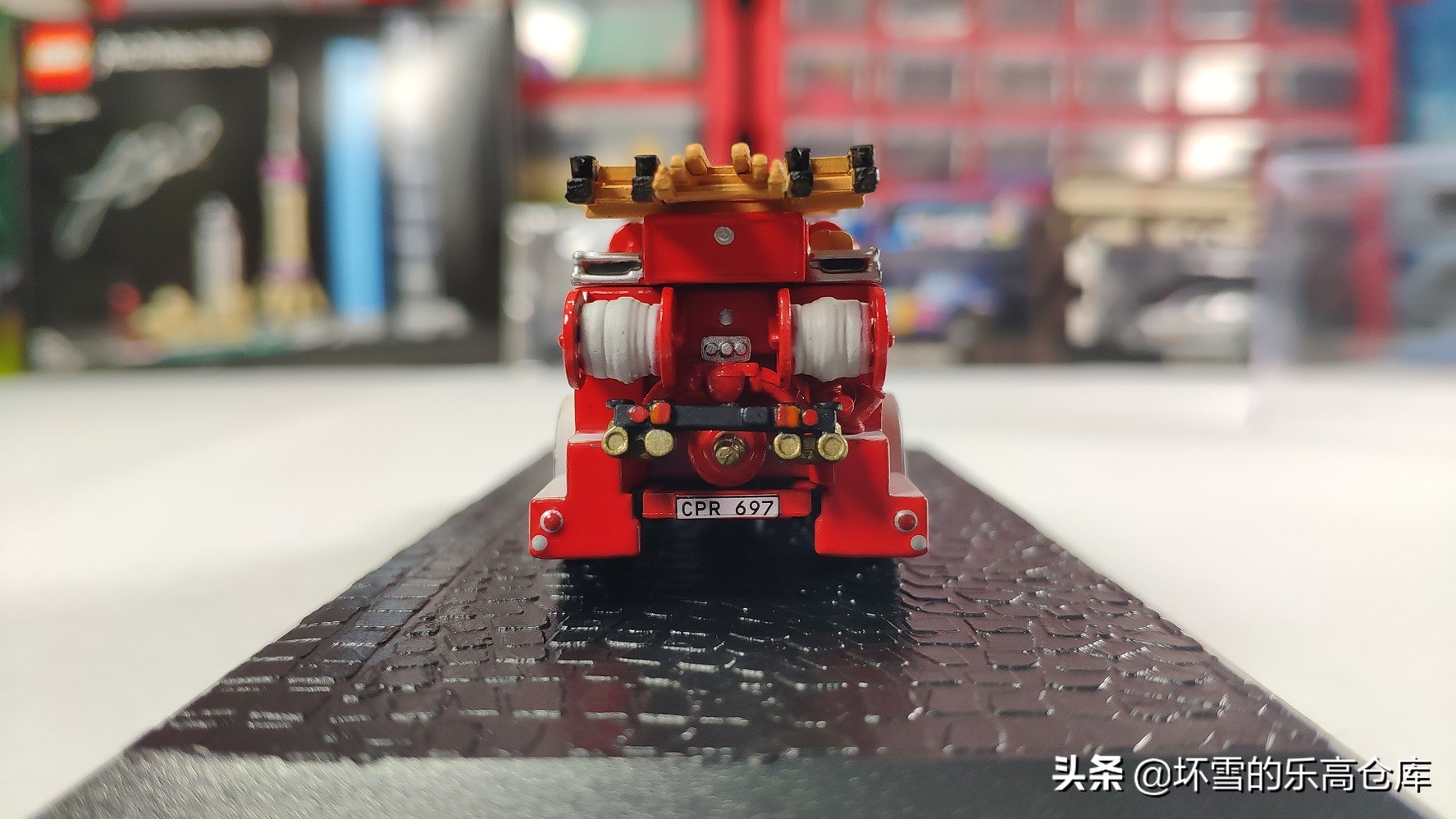 In terms of the rear treatment, small conditions such as uneven paint and paint overflow are still inevitable. At the same time, the black horizontal bar at the rear of the car is also crooked. But in the face of the price, I think these small flaws can be tolerated.

Irregular patterns are also made on the ground of the display table. It looks a bit like the old -fashioned pavement paved with large rocks, but it is also a bit like the surface of the leather bag. The display on one side is printed with Volvo B11. Both fonts and text are very simple.

There are only two screws at the bottom of the base to firmly fix the fire truck on the base, and the car cannot be taken off without the corresponding tools. 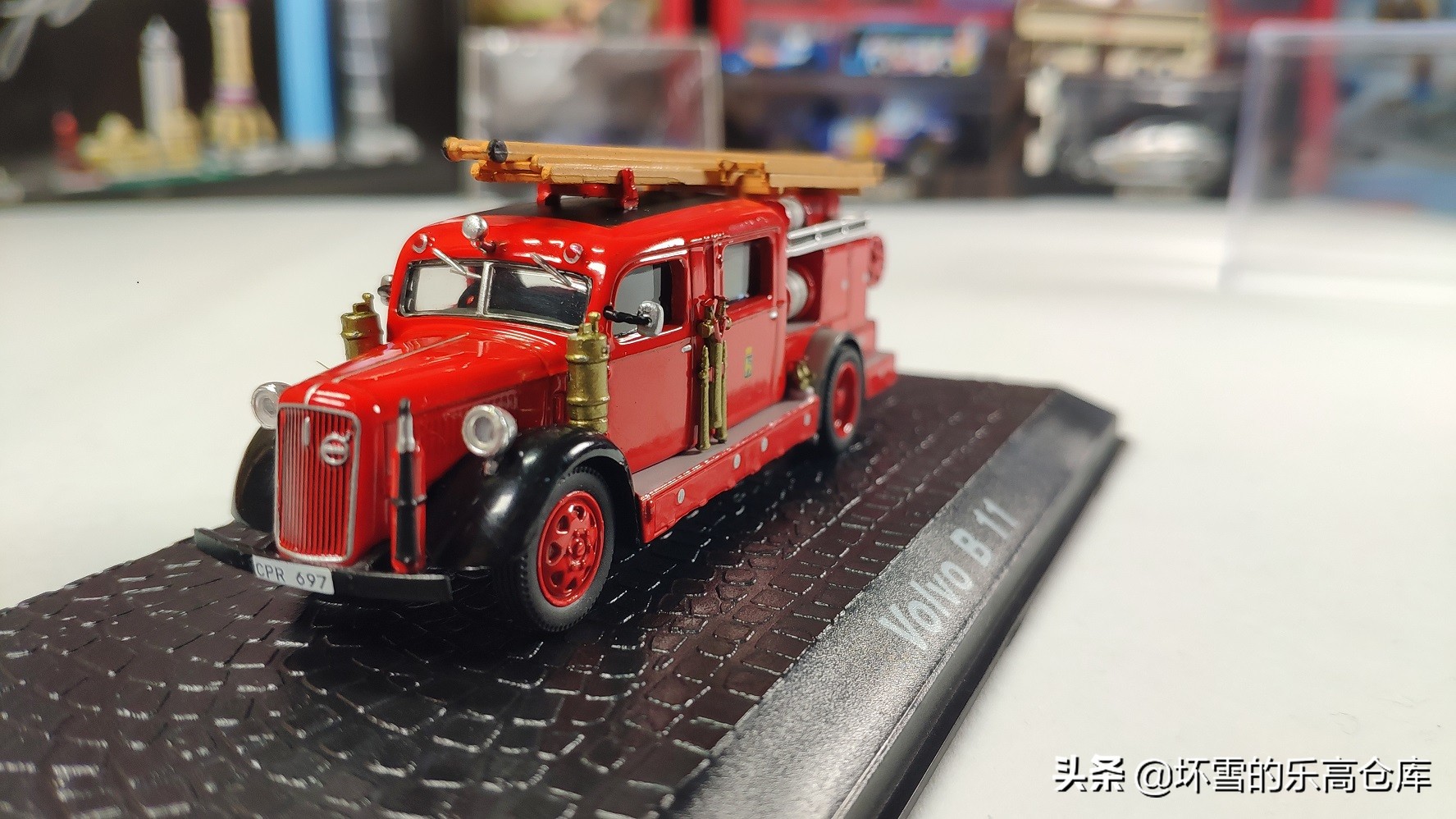 This old -fashioned fire truck is a car model that is barely mixed in the past. Although rare, the price is still very affordable. This car bought by Bad Snow is a box product, and you can also find the same brand of fire trucks on the Internet. The price is the same as the box, all of which are 39.9 yuan. The price after the export of this car model is almost three times the domestic. Of course, an export version also has an extra exquisite instructions (in fact, it is only a few pieces of paper). In addition, according to the information found on the Internet, the proportion of this car model is 1:72. But this ratio is not reflected inside and outside the packaging.

ATLAS has also produced several other models of fire trucks, which also belong to the class. Next time I have a chance, Bad Snow will share another fire truck for everyone to see.

【Model of this issue】 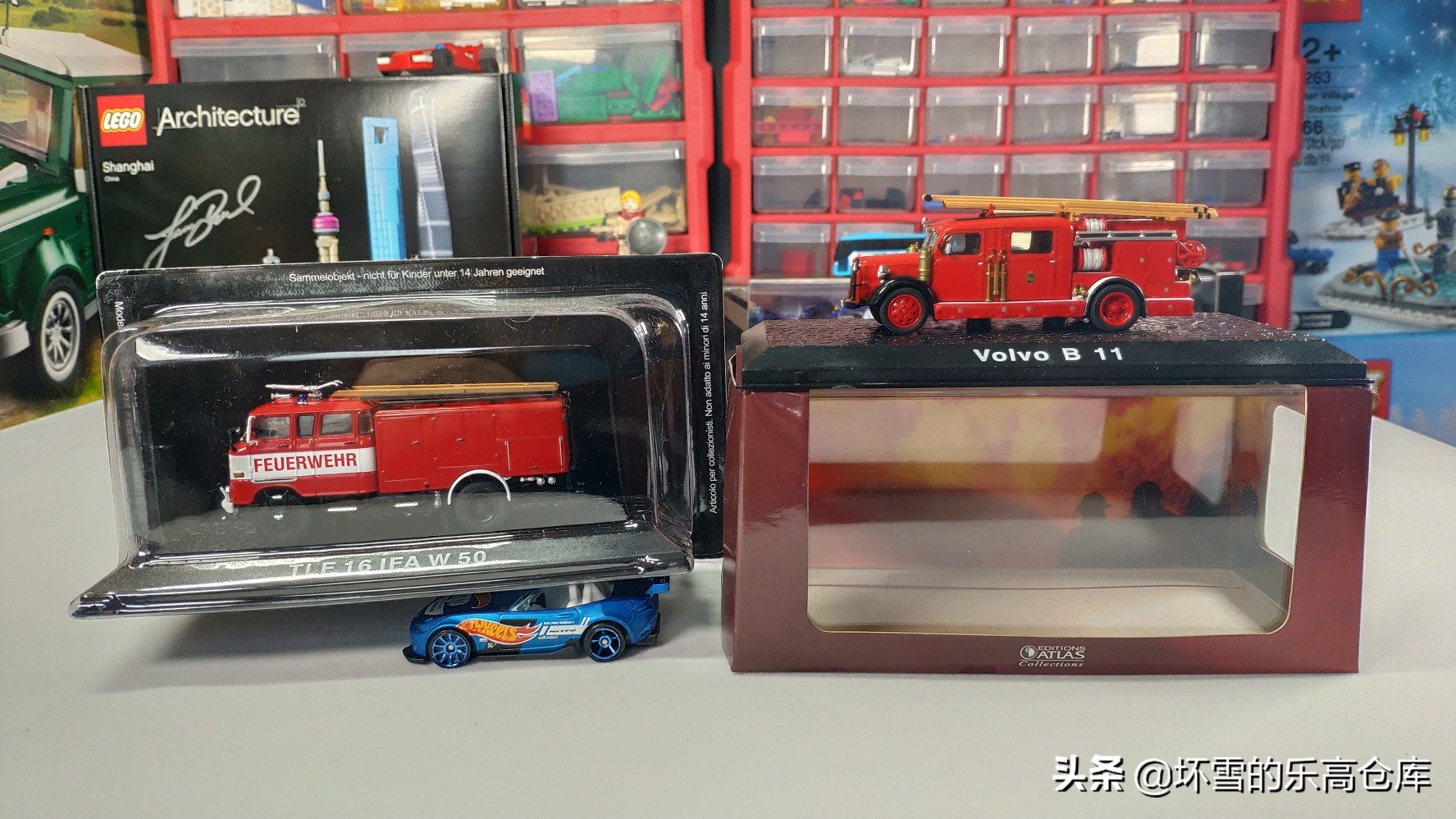 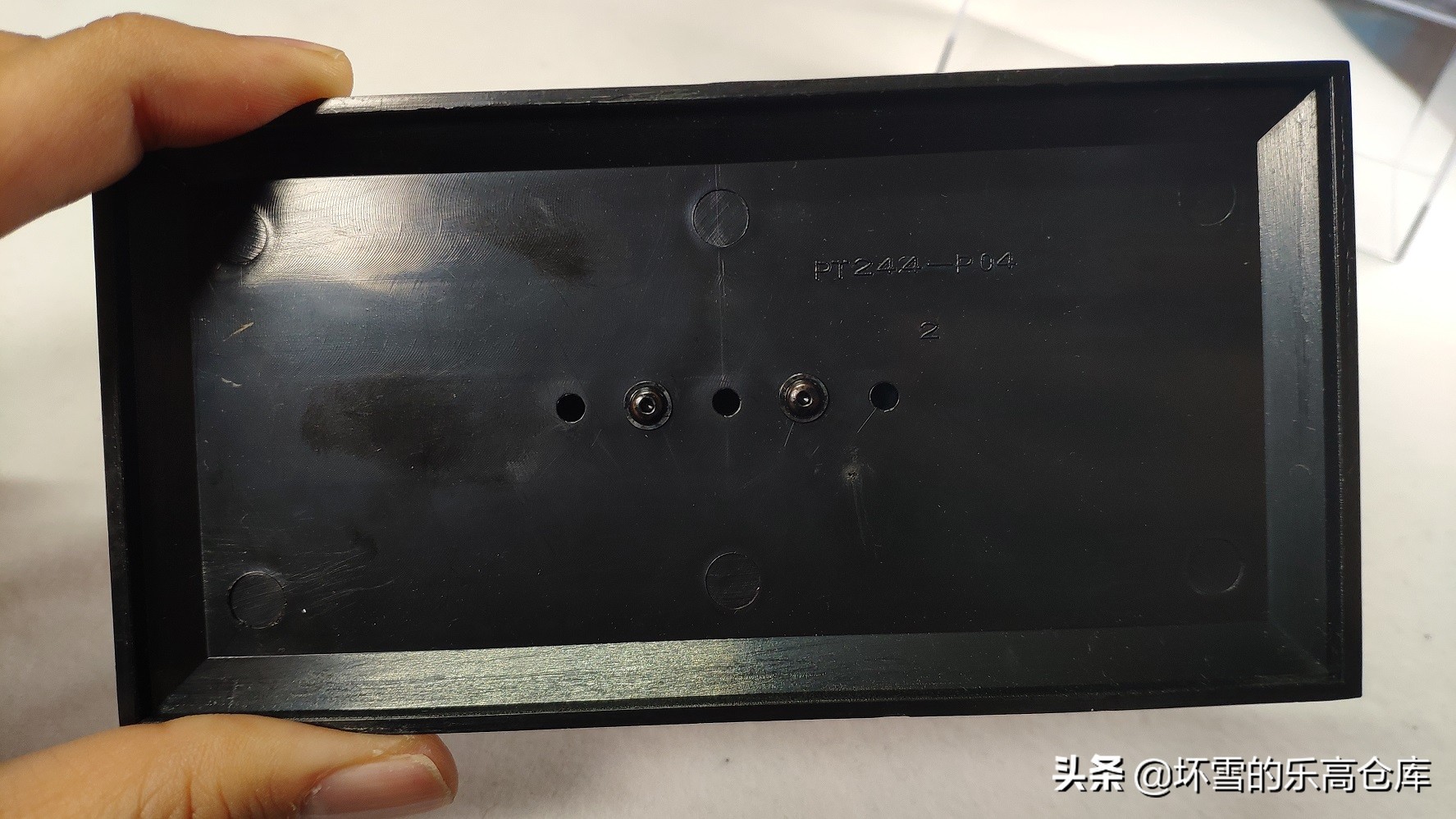