Disneyresearch develops a new method for wireless charging, can get rid of the data cable and charging treasure, charging the mobile device like connecting WiFi hotspots. Yes, in addition to entertainment, engage in scientific research Disney is also serious.

The method used by the researchers is called QuasiStatic Cavity Resonance (QSCR). Its generated near field block can be supplied to mobile phones, fans and lights at 256 square feet (about 24 square meters). .

“This innovative new method will make the charging of WiFi as convenient”, “said Alanson Sample, deputy director and Chief Researcher, the Laboratory of Disney Research Center. “There is no difficult battery and data cable, robots and other small mobile devices will have new application prospects.” 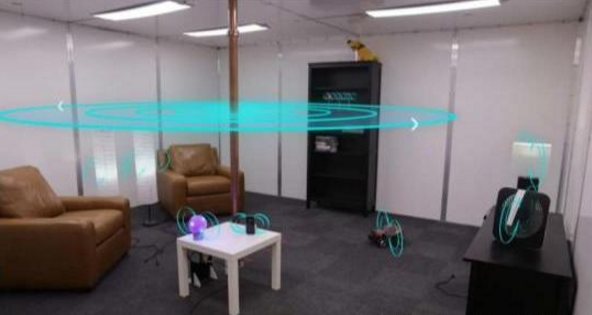 “We showed a wireless charging system sufficient to cover the range of rooms this week, and there is reason to believe that we can also narrow the range to the size of the toy, or expand to the warehouse size, Sangpur.

QSCR can induce current in a metal structure such as wall, floor, ceilings, and induction current in turn produce uniform magnetic fields in the room. This ensures that the receiving coil operating in the magnetic field resonance frequency can effectively receive current. Inductive current is isolated from the capacitor to the potential noisy electric field.

“Simulation shows that the system can generate 1.9 kW of electric power under the conditions of federal security guidelines,” said the researcher at Disney Research. “This is equivalent to charging 320 smartphones.”

For demonstration, researchers deliberately built a 16-square foot laboratory, walls are aluminum, and the ceiling and floors are inlaid within the aluminum frame. A copper column stands in the middle of the room, and the copper column has a slit to place capacitors.

Although Disney’s demonstration laboratory is special, it is possible to reduce the demand for metal walls in the future, which is possible. For example, modular panels or conductive coatings are modified to modify existing indoor structures. The cover space of wireless power can be expanded with multiple copper columns.

The combination of imagination and innovation consciousness can always produce a strong chemical reaction, exude light and heat illuminated by human future. This may be the most precious wealth for Disney to us.