There is a zone in the China Nuclear Power Science and Technology Museum located in Chengdu, Sichuan to display the iconic “old objects” in the development of China’s nuclear power industry. These “old objects” have a wide range, from the daily necessities of nuclear industry entrepreneurs, the use of stationery, and even the Jinqi that that year.

Among the rich collections, there are one large and one small phone. One is a huge military encryption telephone. The telephone manipulating panels are arranged with dense buttons, implying the extreme importance of the phone and the high sensitivity of the call content. This telephone connects the main control room of the nuclear submarine’s land mode and each operating room as the nervous system connected to the “brain” and “limbs”. One is a telephone that can be carried with you. Although this phone is very small and the frequency of use is very low, each dial is directly reached to the central high level. Each call is a key decision to affect China’s nuclear power business.

These two telephone machines were installed in the first -generation nuclear submarine on land mode and adjacent rooms, respectively. It was a precious physical object that confirmed the period of the time of China’s nuclear power entrepreneurship.

One day in 1968, at the 909th base in the southwest mountains, the construction site of the Chinese nuclear submarine’s land mode was stacked. The two deputy chief engineers of the project Peng Shilu and Zhao Renkai frowned were two anxious hearts. At the eleventh and thirteen special conferences held in August 1965, it was clearly required that the nuclear submarine m model must be built at the end of 1970. Affected by the “Cultural Revolution”, since the construction of the construction of the project in 1966, two years have passed, and in front of Peng Shilu and Zhao Renkai are a paralyzed site. At that time, the model of the main factory of the mode was only dug a large pit of less than 1,000 cubic meters. Construction logistics cannot be guaranteed, the road conditions are worse, and there are fewer cars entering the scene.

The high sense of mission made Peng Shilu and Zhao Renkai decided to end this chaotic and disorderly state. The two of them and Zhou Shengyang, then the director, found He Qian, who was sent to the construction site to serve as the commander of the construction site at the time, and reflected the objective situation of the base construction to the second unit. After receiving the report, the Second Machinery Department promptly reported the situation to the “Coordination Office of the Nuclear Submarine Project” of the National Defense Technology Commission.

The status quo of the 1999 base has previously attached great importance to the Central Military Commission and the National Defense Commission. Due to the interference and destruction of the Cultural Revolution, nearly 4,000 production plants of nuclear submarine equipment and instruments are in a state of stopping production and paralysis. On August 30, 1967, Marshal Nie Rongzhen heard the news and regarded personal safety in the disease. “Special official letter” of the Chinese land. Almost overnight, at each base and production plant of the entire nuclear submarine, people rushed to tell each other, consciously resumed production, and the almost paralyzed national defense industry forces have been recovered. After nearly a year, on July 18, 1968, when Chairman Mao Zedong learned from Prime Minister Zhou Enlai, he learned that the production site of the land mode was paralyzed, and decisively issued the electrical order of the Central Military Commission and the “Central Cultural Revolution” to the Chengdu Military Region. Ordered the Chengdu Military Region to send a duty cadre and an engineering camp to help infrastructure. This is the famous “718 instruction”. The Chengdu Military Region immediately executed the instructions, providing a strong motivation for the construction of the land mode reactor in advance.

As various tasks gradually entered the right track and critical period, the 909th base and external communication issues gradually revealed. In response, He Qian reflected this situation to Wang Hanting, director of the Military Management Association of the 909th Base. Wang Hanting reported to the Chengdu Military Region. The Chengdu Military Region immediately sent a special communications forces to set up the special line phone directly connected to Zhongnanhai in April 1970. This directly reflects the high attention of the Party Central Committee for the construction of the land model pile project.

The rattan chair next to the phone

According to the memories of the old comrades who worked at the scene at the scene, the main control room of the land mode full of power experiments was in Room 306. This room was full of various control equipment and operation platforms, as well as a row of chairs prepared for staff. Considering the key role of the main control room, the headquarters decided to set up a warrior standing in addition to the installation protection outside the door of 306, and only technicians and cadres workers holding a special pass can enter. The special line phone directly connected to Zhongnanhai was set in Room 307 next to 306.

In fact, Room 307 originally placed measurement tools for physical control designers. The room is small and can only accommodate two or three people. Later, in order to place the phone, a small desk was specially added indoors. Therefore, in addition to the measurement tools plus two telephone and telephone machines, 307 looks crowded.

What is so respectful is that Li Yichuan had removed a kidney due to illness before the reactor was installed. Everyone was afraid that his body would not be able to eat, and advised him not to persist as everyone and pay more attention to rest. But Li Yichuan not only did not leave, but also moved the quilt to the control room. When Li Yichuan needed to rest, he came from 306 to 307 next door, sitting on a rattan chair next to his phone and clothes. He insisted on working on the spot until the first generation of nuclear submarine’s land mode was successful. Later, Li Yichuan dragged the sick and disabled body to fight again, and went to the front line of the nuclear submarine to test, and finally sacrificed the job at the trial site due to excessive sacrifice. Li Yichuan’s body was also buried near the nuclear submarine test base, accompanied by his life -loving nuclear power career. 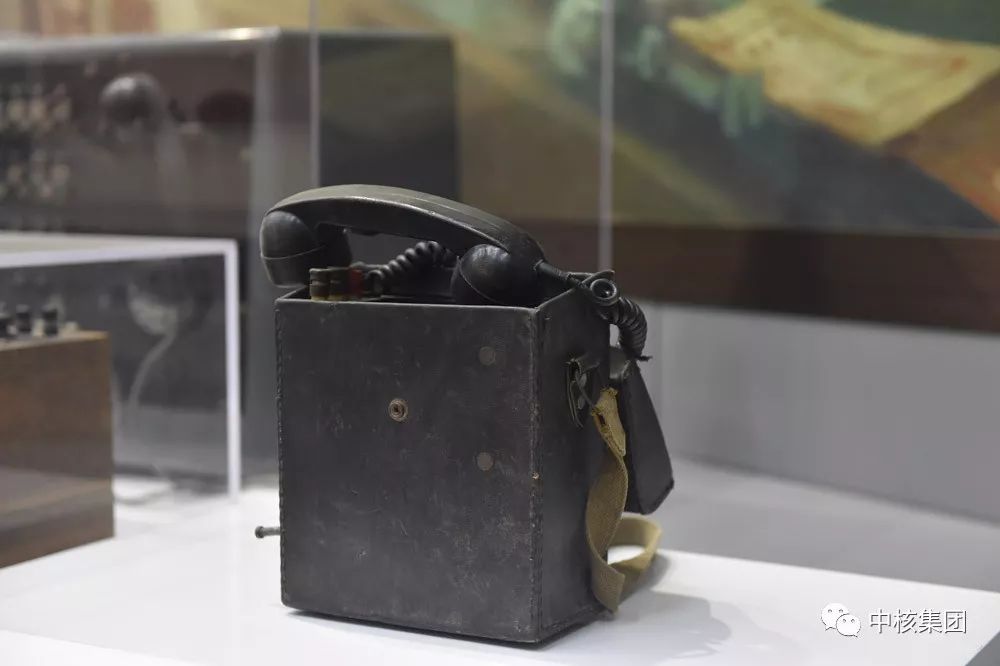 In early 1970, the 909th foundation was established to enlighten the operation team. The successful launch of the land mode can only be explained to the effectiveness of all work in the early stage. This is a comprehensive test. The glorious time for the first time in mainland China to achieve nuclear power generation is coming.

On the evening of July 16th, the mobilization of Kaidui reached an agreed opinion, and decided to make the phone suddenly sounded at 2 am on the 17th. General Luo Shunchu, the deputy leader of the engineering leadership group, called and said, “Premier Zhou just called … what news must be reported at any time, and after determining the opening time, the Prime Minister must be reported immediately. , This incident has notified the telephone bureau and the Chengdu Military Region. “After Luo Shunchu learned that he was about to open up after three hours, he said,” I immediately report to Premier Zhou. ” Waiting for Beijing. Suddenly, the phone bell rang again, and Peng Shilu immediately picked up the phone. Luo Shunchu said on the phone: “Premier Zhou knows the instructions not to be anxious after knowing the news of Qizhuan …”

At 2 am on July 17th, the mode stacking power device began to start in the heat according to the plan. A news of the pile power device of Zhongnanhai started the test that improved the power to improve the power, which kicked off. The small central special line telephone ushered in its own highlights, and it will witness a historic node in the development of China’s nuclear industry.

After more than 20 hours of intense operations, the reactor control stick indicator shows that physical and thermal workers are normal. However, the pile -top observation measurement is sent to the “leakage of the pile physical measurement tube and the pile top component welding”. “Immediately cool down the pressure!” Peng Shilu issued an order to the duty leader. Subsequently, Peng Shilu went to the phone heavy and reported to Luo Shunchu.

At 6 am on July 23, the reactor was inspected repeatedly and three times on the leakage, and it once again had the conditions for improving power. With the approval of the National Defense Science and Technology Commission, General Luo Shun told the scene by phone: Premier Zhou had waited for more than 10 hours to ask the reactor to repair the reactor before the phone, and instructed the next stage to test “to strengthen the on -site inspection. Unexpectedly, you can meet the requirements and get all the data. “

After more than a month of hard debugging, on the afternoon of August 30, the atmosphere in Room 306 was very serious and tight. In the room, more than a dozen military management associations and superior authorities were crowded. At 18:20, the designer Xu Yanchu and another technician Gao Jinchang changed the automatic pressure regulating valve to manual. At the same time, the two raised the valve gates on both sides of the host. Just a few minutes later, the host had reached a full power operation state. Essence

At that time, Huang Shijian was responsible for calculating the power value. After three rigorous accounting, Huang Shijian reported to Peng Shilu: “The full power is here, and it is more than a little!” Peng Shilu smiled slightly and stood up. The leader walked out of the room with Peng Shilu. During the sprint power time, the headquarters’ special line phone has been connected with the phone call of the Prime Minister’s office. 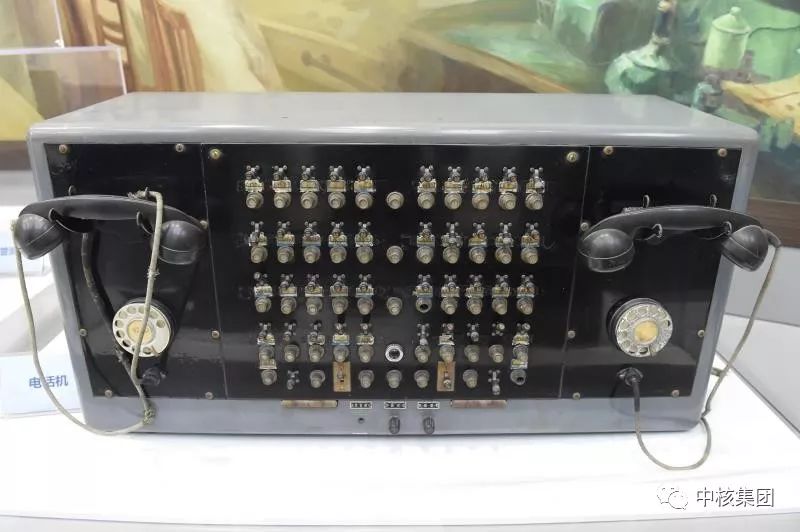 At 18:30 on August 30, 1970, for the first time on the land mode, it achieved full power operation. After the news came out, there was a cheering inside and outside the scene, thunderous applause, and firecrackers. Some people jumped happily, and many people shed tears. At this moment, the history of the nuclear power industry will be carried.

With the development of China’s nuclear power industry and the rapid progress of communication technology, these two telephone machines have already receded. Today, they are precious collections of the China Nuclear Power Science and Technology Museum, lying quietly in the window, telling each visitor to tell the stories of Chinese nuclear power career entrepreneurship.

Disclaimer: The above content is reproduced from the China Nuclear Group, and the content issued does not represent the position of this platform.